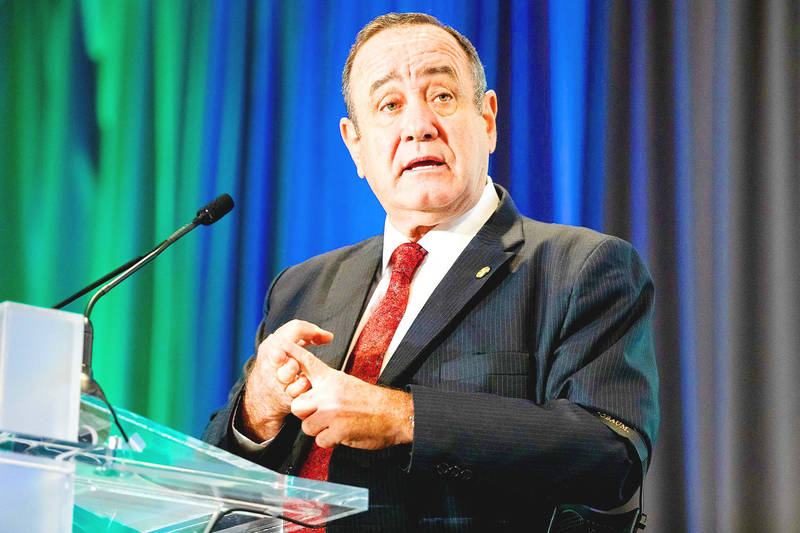 Guatemalan President Alejandro Giammattei on Tuesday expressed his gratitude to Taiwan for donating more than 1,000 wheelchairs and mobility aids to improve the quality of life of physically challenged Guatemalans.

“I am pleased to be part of the delivery of medical equipment for children and adults with disabilities, donated by the Republic of China, whom I thank for being a great ally and friend,” Giammattei wrote on Twitter after attending the donation ceremony.

“Today we see this friendship between our two peoples reflected in the smiles and comfort of people who need it. The needs are many and we will continue to attend to them so that Guatemalans can have a better quality of life,” he added.

President Tsai Ing-wen （蔡英文） retweeted Giammattei’s post, and added a line that said: “That’s what friends are for.”

“I will keep working with you for the betterment of our two peoples,” she wrote on Twitter.

Ambassador to Guatemala Cheng Li-cheng （鄭力城） said the latest batch of donations includes 294 wheelchairs for adults, 158 wheelchairs for children and 848 walking assist devices for those in need.

The medical equipment was jointly donated by the Taiwanese government and two Taiwan-based charity groups — the third consecutive year Taiwan is making such a donation, Cheng said at the ceremony.

In addition, 1,560 tonnes of rice donated by Taiwan are in the process of being distributed to families in need, he said.

These donations show that Taiwan is doing its best to support its ally and its people, he said.

Guatemala is the biggest of the 14 states in terms of population that recognize Taiwan and is one of its oldest allies. The two countries established formal ties in 1935 when the government of the Republic of China was still based in mainland China.

During a recent interview, Giammattei pledged that Guatemala would stick with Taiwan, as Beijing continued to poach Taiwan’s diplomatic allies over the past few years.