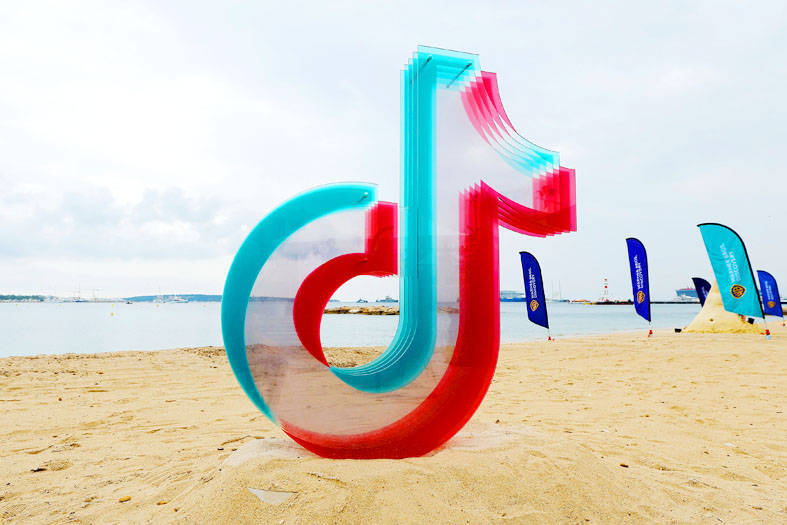 A sculpture shaped like the TikTok logo is pictured on a beach during the Cannes Lions International Festival of Creativity in France on June 22. Photo: Reuters

TikTok, the viral video-sharing app owned by China’s ByteDance Ltd （字節跳動）, said that some employees outside the US can access information from US users, stoking further criticism from US lawmakers who have raised alarms about the social network’s data-sharing practices.

The company’s comment came in a letter to nine US senators who accused TikTok and its parent of monitoring US citizens and demanded answers on what is becoming a familiar line of questioning for the company: Do China-based employees have access to US users’ data? What role do those employees play in shaping TikTok’s algorithm? Is any of that information shared with the Chinese government?

None of that information is shared with the Chinese government and it is subject to “robust cybersecurity controls,” he said.

The social network said it is working with the US government on strengthening data security about that information — particularly anything defined as “protected” by the Committee on Foreign Investment in the US.

TikTok is also shifting its platform to Oracle’s cloud infrastructure, which means the app and the algorithm would be accessed and deployed for US users from domestic data centers.

“TikTok’s response confirms our fears about the CCP’s [Chinese Communist Party’s] influence in the company were well founded,” US Senator Marsha Blackburn told Bloomberg on Friday.

“The Chinese-run company should have come clean from the start, but it attempted to shroud its work in secrecy. Americans need to know if they are on TikTok, communist China has their information,” Blackburn said.

Several senators in a letter dated Monday cited a report in BuzzFeed News that said TikTok’s US consumer data were accessed by company engineers in China.

The lawmakers said in the letter that TikTok and its parent “are using their access to a treasure trove of US consumer data to surveil Americans.”