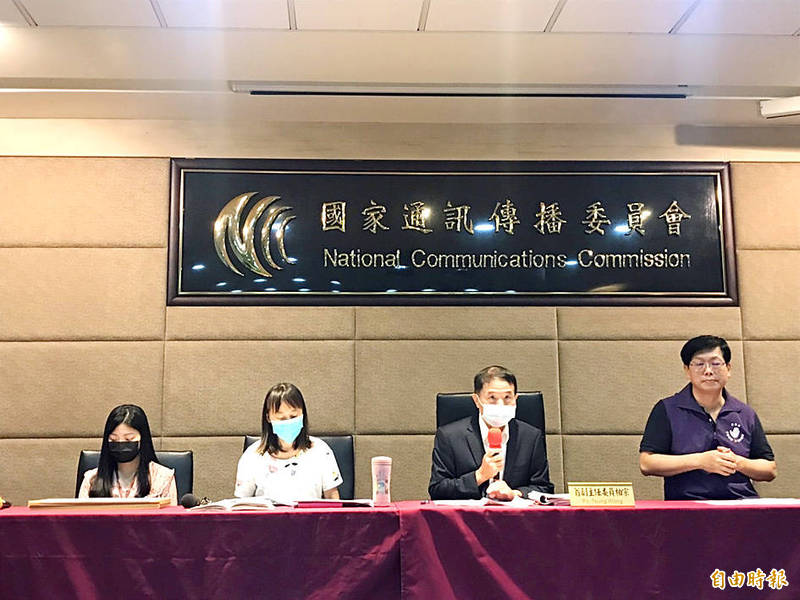 Previously known as the “digital communications draft act,” the formulation of the bill references the EU Digital Services Act, which the European Parliament passed in April.

The proposed act, which consists of 11 articles, stipulates that all digital intermediary service providers are obligated to disclose names of representatives and their contact information in Taiwan, and that overseas service providers must be represented by a local agent.

In addition to publishing user agreements and annually producing a transparency report, service providers are obligated to offer information on users following rulings by a court or administrative agency.

All digital intermediary service providers must also record the court rulings, administrative rulings and restraining orders they have received in a database, the draft act says.

Aside from taking down illegal content when notified, they must notify users when their content has been removed or their access to platforms have been restricted, the draft act says.

“Online platform operators would be asked to produce a more detailed transparency report, which includes consumer complaints and other relevant data,” NCC section head Liu Chia-chi （劉佳琪） said. “It should offer a system for users to dispute content that has been removed or a service that has been suspended or terminated, as well as provide a third-party arbitration mechanism to settle disputes.”

They are obligated to prevent users from repeatedly posting illegal content, disclose the information of sellers and advertisers on their platforms, and give priority to complaints filed by certified content informants, she said.

They must also disclose the algorithm that determines the placement of advertisement, she said.

Designated online platforms, which refer to those that have more than 2.3 million active users in Taiwan, must meet four more obligations, she said.

“Each year, they must analyze and assess major systematic risks facing the platforms, such as dissemination of illegal content, and then address the risks using reasonable, proportional and effective measures,” Liu said. “In addition, they must disclose their recommendation algorithms in user agreements, including how they will affect users and whether users are allowed to adjust the algorithms.”

The draft act also authorizes the commission to continue fining operators until they meet their obligations, or to terminate their services if they repeatedly refuse to comply with the regulations.

The NCC can require designated platform operators to undergo an independent audit, and operators must submit the audit report to the commission, Liu said.

Asked whether the draft act would regulate platforms such as the Professional Technology Temple （PTT） bulletin board, Wong said it is a non-profit platform, and is different from YouTube and Facebook.

The commission will list the “designated online platform” after the draft act is approved by the legislature, Wong added.

Chinese short-video hosting service Tik Tok is subject to regulations of the Act Governing Relations Between the People of the Taiwan Area and the Mainland Area （兩岸人民關係條例）, he said.