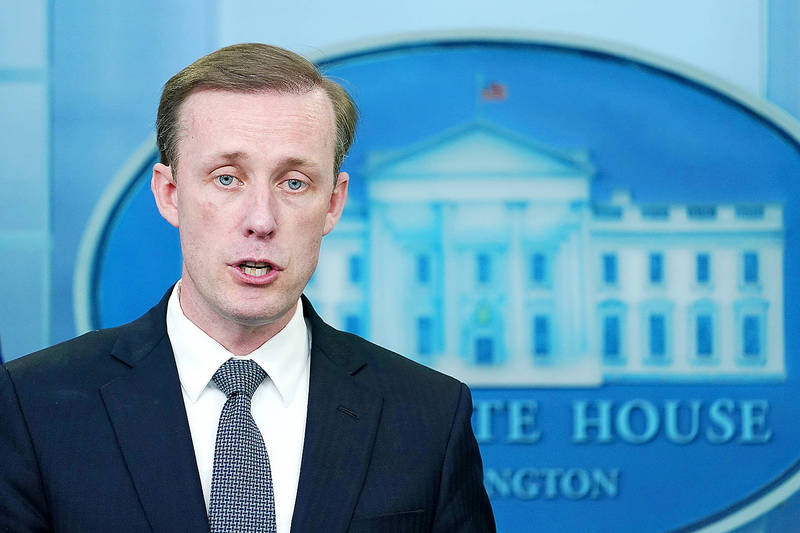 The US’ “one China” policy remains unchanged, US National Security Adviser Jake Sullivan said on Thursday.

Sullivan made the remark in a dialogue with Center for a New American Security CEO Richard Fontaine at an event hosted by the think tank.

Fontaine, saying that US President Joe Biden has said that the US would defend Taiwan militarily in the event of a Chinese attack, asked whether the policy had changed under the Biden administration.

Sullivan said the administration’s policy toward Taiwan has not changed, adding that its “one China” policy is guided by the Taiwan Relations Act, the Three Joint Communiques and the “six assurances.”

Saying that these official US diplomatic texts “contain multitudes,” he added: “I don’t regard that as a bug in our Taiwan policy, but rather as a feature, and it is a feature that has actually served us relatively well in terms of managing a difficult relationship, and maintaining peace and stability across the strait.”

Beijing was “increasingly engaged in activities that are threatening peace and stability” in the Taiwan Strait, he said, adding it is important for the US to uphold the principle of peace and oppose China’s destabilizing actions.