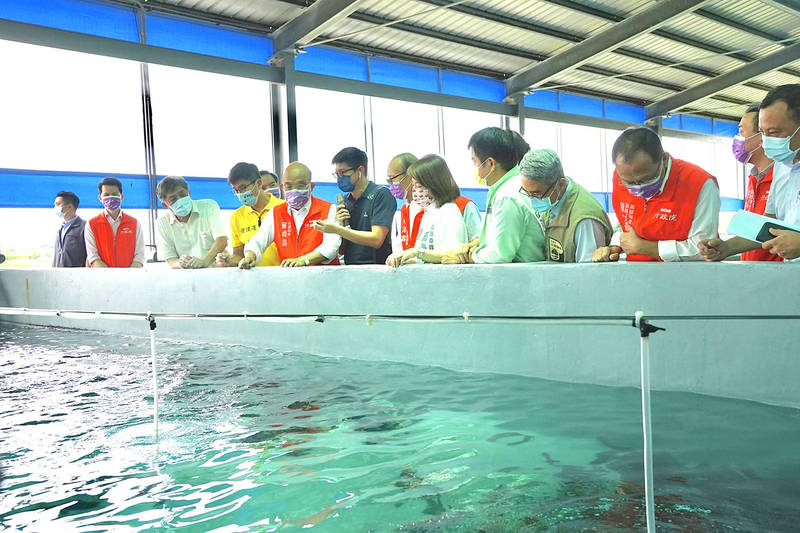 A Chinese ban on grouper imports from Taiwan is both retaliation for a closer Taiwan-US relationship and an attempt to sway the elections at the end of the year, a government official familiar with cross-strait affairs said on Monday.

Chinese authorities in January announced that they had found residues of illegal veterinary drugs in two batches of grouper imported from Taiwan.

The two batches were from three fish farms and were shipped to China on two vessels, Fisheries Agency Deputy Director-General Lin Kuo-ping （林國平） said yesterday, adding that the agency has launched an investigation into the farms and would soon publish the results.

Grouper exports are highly reliant on China, where 91 percent of Taiwan’s exported grouper was sold last year, accounting for 36 percent of the total yield of the year, the statistics show.

From January to last month, Taiwan exported 3,059 tonnes of the fish to China and Hong Kong.

As grouper is on the cross-strait Economic Cooperation Framework Agreement’s （ECFA） “early harvest” list, Beijing’s intent is for the “economic sanction” to serve as a threat to other products on the list, the government official said.

“This is just the beginning,” the source said, adding that China is conspiring to make the Democratic Progressive Party （DPP） suffer a bruising defeat like it did in the 2018 local elections, as Taiwanese grouper is produced mainly in Tainan, Kaohsiung and Pingtung County, which have long been strongholds of the DPP.

The official said China was likely to ban other agricultural and fishery products imports from Taiwan and “resort to every means to cause chaos in Taiwanese society.”

Beijing’s intimidation is intended to warn farmers and fishers that their profits might be taken away if they continue to support the DPP, the person said, denouncing the measure as “mean” and calling it a form of political manipulation.

The ban is another example of Chinese cognitive warfare against Taiwan, as it not only targets local fishers, but also promotes the spread of pro-Chinese Nationalist Party （KMT） propaganda online, as well as rumors about problematic products from Taiwan, the person said.

As the Chinese Communist Party’s 20th National Congress is to be held later this year, the DPP winning local elections in November would be a cause of shame for Chinese President Xi Jinping （習近平）, so Beijing’s “united front” efforts this year will be “fierce and ruthless,” which the government should be prepared for, the person added.