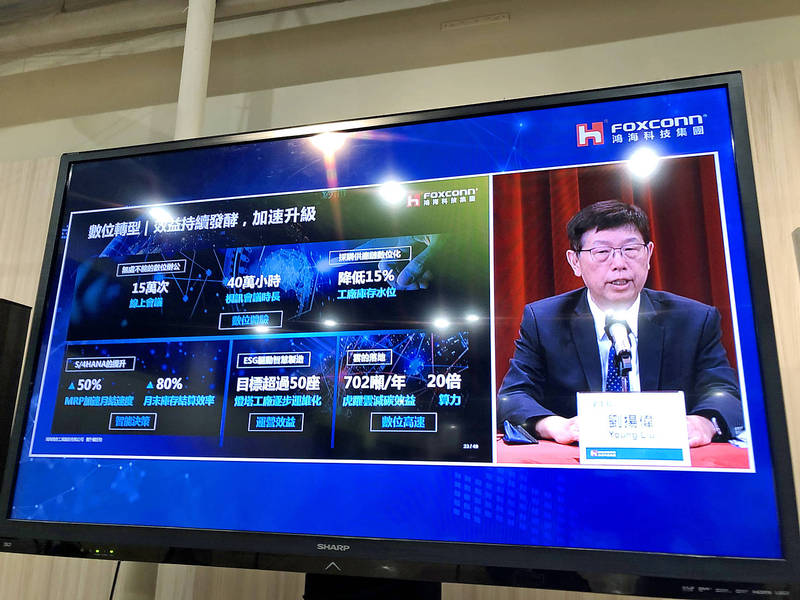 LOOK UP: The firm should tap into space travel and colonies, as such businesses are expected to drive growth in tech over the next 20 to 30 years, an expert said

Hon Hai chairman Young Liu （劉揚偉） last week said that an LEO satellite from Hon Hai might be seen in the sky next year, as the company aims to create more value and higher returns for its shareholders, while the firm told yesterday’s forum that Microelectronics Technology Inc （台揚科技）, a 5G equipment and satellite component supplier that it fully owns via its subsidiaries, has tapped into the LEO satellite receiver market.

At the NExT Forum, organized by the Hon Hai Research Institute （鴻海研究院）, industry experts discussed the development of 5G and 6G （B5G） technologies, as well as opportunities that lie beyond, focusing on LEO supply chains and their link to the fulfillment of autonomous vehicles.

National Space Organization Director-General Wu Jong-shine （吳宗信） said that a large-scale company such as Hon Hai should tap into space travel and space colonies, adding that such businesses would drive growth over the next 20 to 30 years.

By the end of the year, Starlink is to take the lead with 3,400 satellites launched, he said.

Wu said he is upbeat about business opportunities related to LEO satellites, as there are expected to be 50,000 satellites in the sky by 2030, with 77.5 percent of them being LEO satellites.

The ground equipment segment in 2020 comprised a significant portion of the global space economy, contributing US$135.3 billion, data compiled by Bryce Space and Technology and Euroconsult showed.

The satellite industry accounted for 74 percent of the global space economy in 2020, he said, citing data from Bryce Space and Technology and Euroconsult.

The research institute, which was established in January last year, directs the exploration of next-generation telecommunications and semiconductor technologies. It has focused on 5G-related technologies, satellite payload technologies and the ability to deploy satellite receiving stations.