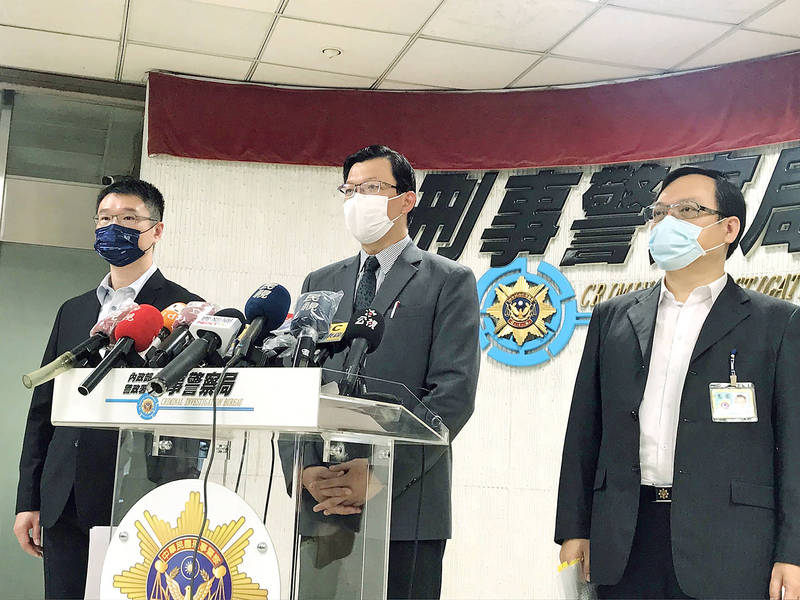 Police are investigating whether an alleged piece of disinformation posted on Facebook by TV celebrity Antony Kuo （郭彥均） originated from a content farm.

In a Facebook post on Wednesday, Kuo shared a conversation that he allegedly had with a doctor friend in which the doctor said he had not rested one day since April 5 due to an increasing number of COVID-19 cases.

Kuo quoted the doctor as saying that children were suffering and that he was sad to see “many children pass away.”

The Criminal Investigation Bureau yesterday said that it had not called in Kuo for questioning, adding that police want to uncover who is controlling the suspected content farm.

Twenty of the pages posted the content at the same time, at 3:31pm on Friday, he said, adding that the simultaneous postings were consistent with how content farms distribute content.

The other five pages posted the content at different times, but all of them had the same information in their profiles and appeared to be run by the same person, he said.

Similar posting patterns in the past had originated from content farms in other countries, Lin said.

The agency would continue to monitor the situation and would take action against behavior deemed to be illegal, he said.