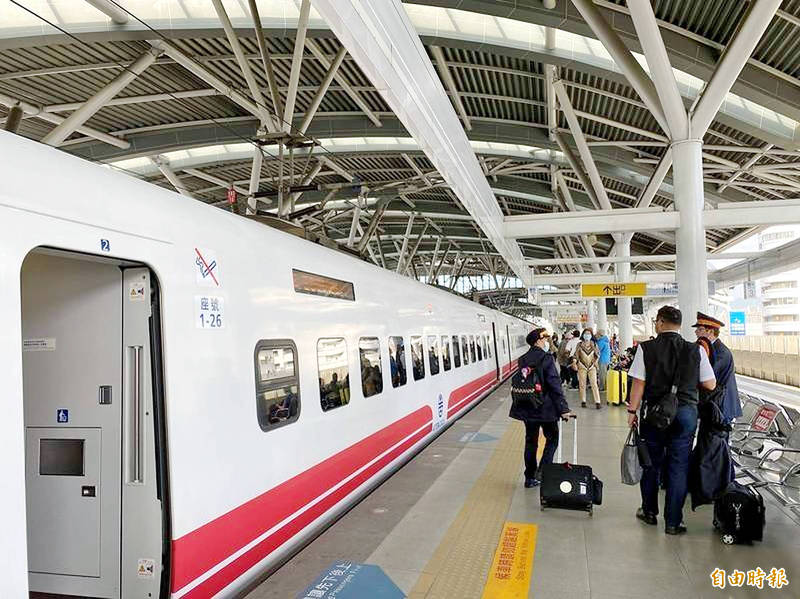 Taiwan Railways Administration workers stand on a platform next to a train in Taipei in an undated photograph. Photo: Cheng Wei-chi, Taipei Times

The decision to work overtime during the Mid-Autumn Festival and Double Ten National Day depends on the Ministry of Transportation and Communications’ response to union demands, Chen said.

The unions on International Workers’ Day on May 1 staged a strike to protest after saying that the ministry has not shared all of the details regarding plans to corporatize the Taiwan Railways Administration （TRA）.

“We have not yet reached a consensus on most of the opinions discussed during the meeting, but the decision not to go on strike during the Dragon Boat Festival is final,” Chen said.

The decision was due to a decline in ridership amid the COVID-19 situation in Taiwan, he said, adding that were the TRLU to continue with the planned strike, it would affect the unions, the TRA and passengers.

“We felt that a reasonable amount of goodwill should be reciprocated,” Chen said.

In terms of workers’ rights, the new corporate entity should resolve low wages and subsidies prevalent in the TRA, and should also legalize subsidies given to TRA staff, the railway labor union said.

Minister of Transportation and Communications Wang Kuo-tsai （王國材） praised the unions’ decision and said it was a good beginning, adding that he hoped the unions and the ministry could now amicably move forward with corporatization of the TRA.