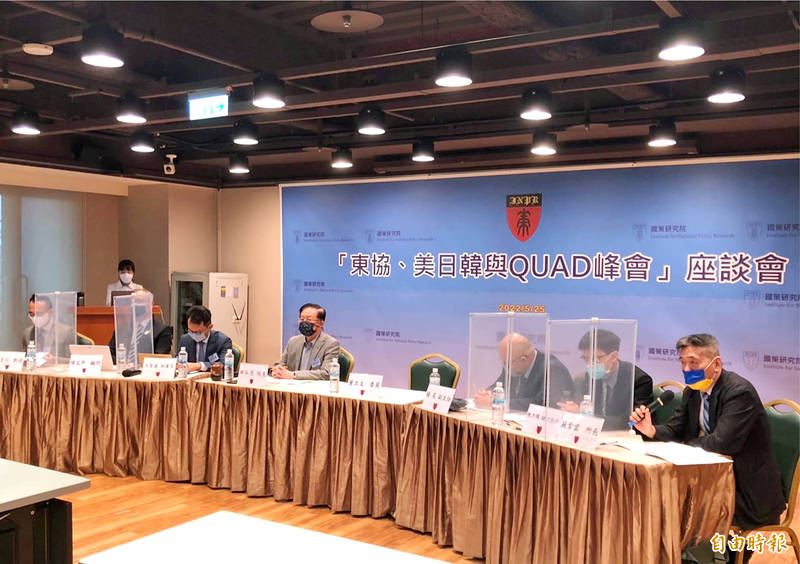 By Lu Yi-hsuan and Kayleigh Madjar / Staff reporter, with staff writer and CNA

US policy on Taiwan is shifting toward “constructive clarity,” meaning clarity in objective while maintaining strategic flexibility, a defense expert said yesterday.

US President Joe Biden’s vow on Monday to defend Taiwan militarily has set off a wave of speculation about its implications, particularly around the long-standing US policy of “strategic ambiguity.”

Su Tzu-yun （蘇紫雲）, a senior analyst at the Institute for National Defense and Security Research, said that Biden’s statement was clearly meant to deter Beijing, but no conclusions can be drawn from the president’s comments alone.

Based on the statements on Taiwan from US lawmakers and officials, Su suggested a different framework for understanding the subtle changes in US policy.

Rather than “strategic ambiguity” or its counterpart, “strategic clarity,” Su said that a more objective description might be “constructive clarity.”

That is, the US is clear in its goal of maintaining the “status quo,” but is ambiguous about how it intends to do so, he told a forum held by the institute in Taipei.

However, it is important for Taiwan to not remain a passenger, he said, adding that only by enhancing its defense capabilities would its allies be confident and willing enough to assist.

Minister of Foreign Affairs Joseph Wu （吳釗燮） reiterated Taiwan’s commitment to self-defense in an interview with US National Public Radio aired on Tuesday, saying it would draw lessons on asymmetric warfare from Ukraine.

“Defending Taiwan is our own responsibility,” Wu said. “What we need is international support — speaking out ... and to provide us with the necessary means for us to be able to defend ourselves.”

“We are taking the war in Ukraine into very serious internal discussions,” Wu said in the interview, which was recorded late last week.

“The Ukrainian people are very brave, and one of the tactics that has been successful so far is the asymmetric capability,” he added. “That is something that we are learning from and we want to discuss further with the United States.”

Wu also confirmed “very high-level national security discussions” and military training between Taiwan and the US, although said he could not give more detail.