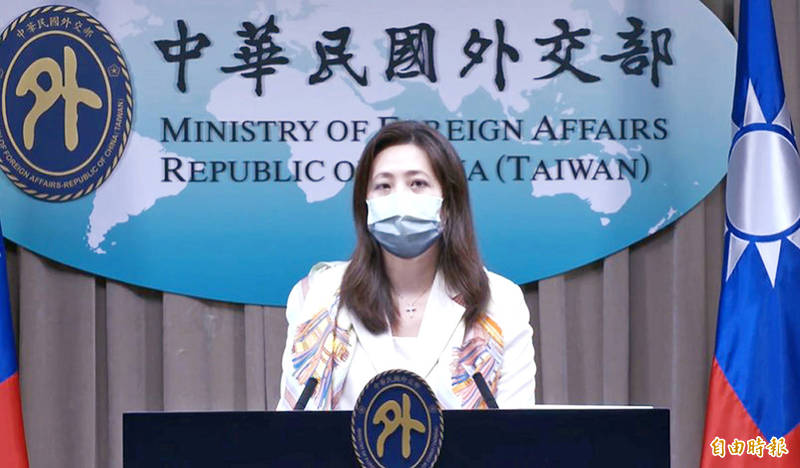 The Ministry of Foreign Affairs yesterday expressed “deep regret and dissatisfaction” that Taiwan had yet to receive an invitation to the 75th World Health Assembly （WHA）, which is set to take place in Geneva, Switzerland, in three days.

“We find it deeply regrettable that the WHO has once again failed to remain professional and politically neutral to extend an invitation to Taiwan,” ministry spokeswoman Joanne Ou （歐江安） told a news conference in Taipei.

The WHO has disregarded the widespread international support for Taiwan’s participation as an observer in the organization’s decisionmaking body, which is necessary and urgent, in view of the COVID-19 pandemic, she said.

The upcoming assembly, which runs from Sunday to Saturday next week, would be the first in-person WHA since the start of the pandemic.

Ou said that 13 of the nation’s diplomatic allies that are WHO members had sent a proposal to the WHO Secretariat to include a discussion on the nation’s possible inclusion in this year’s assembly as a supplementary item.

Related discussions over the matter are to be held during the session, she added.

Regardless of whether Taiwan is invited to attend this year’s WHA, Deputy Minister of Health and Welfare Lee Li-feng （李麗芬） and other government officials would travel to Geneva to share Taiwan’s healthcare experience on the sidelines of the annual event, as Taiwan has done in the past, she said.

Ou said it is unlikely at this point that Taiwan would receive an invite before the event starts.

“Apparently, the WHO has no intention of giving a response on the widespread international support for Taiwan,” she said.

The Republic of China was expelled from the WHO in 1972, one year after losing its seat in the UN. It was able to send delegations to participate in the WHA as an observer under the designation “Chinese Taipei” from 2009 to 2016, when relations between Beijing and Taipei were warmer during the then-Chinese Nationalist Party （KMT） administration.

Since 2017, Taiwan has been excluded from the WHA due to opposition from China, which has taken a hard line against President Tsai Ing-wen （蔡英文） and her Democratic Progressive Party.

On Wednesday, the US urged the WHO to invite Taiwan to the annual assembly, saying that the pandemic requires universal cooperation.

“We strongly advocate for the WHO to invite Taiwan to participate as an observer [in the WHA] and lend its expertise to the solution-seeking discussions,” US Secretary of State Antony Blinken said in a statement.

As the world continues to fight COVID-19 and other emerging health threats, “Taiwan’s isolation from the pre-eminent global health forum is unwarranted and undermines inclusive global public health cooperation,” he added. “We will continue to support Taiwan’s membership in international organizations where statehood is not a requirement.”

More than 1,500 lawmakers from 34 countries, including members of the European Formosa Club, on Wednesday jointly signed a letter to WHO Director-General Tedros Adhanom Ghebreyesus in support of Taiwan attending the WHA, and participating in activities and meetings hosted by WHO.