《TAIPEI TIMES》 US senators back Taiwan for IPEF 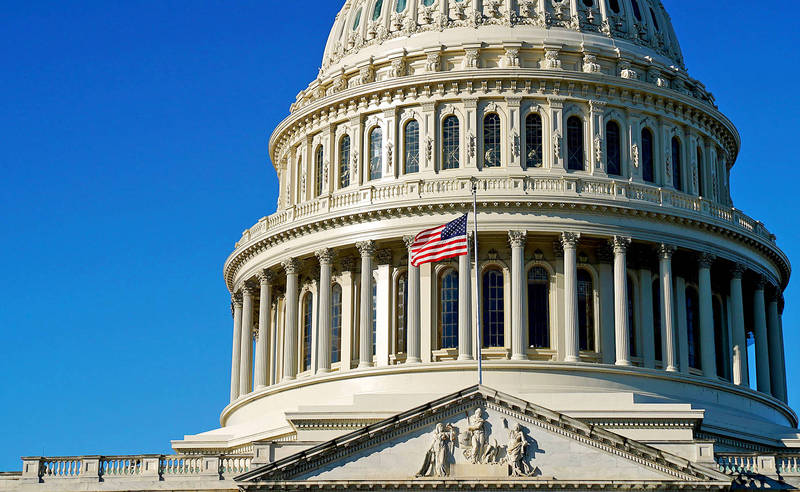 The US Capitol dome in Washington is pictured on Dec. 17, 2020. Photo: Reuters

LETTER TO BIDEN: Excluding Taiwan from the proposed framework would run counter to the US’ economic interests and send the wrong message to China, 52 senators said

A bipartisan group of 52 US senators on Wednesday urged US President Joe Biden to include Taiwan in the in the Indo-Pacific Economic Framework （IPEF）, amid concerns that Taiwan would be left out of the agreement.

Democratic Senator Bob Menendez and Republican Senator Jim Risch led 50 other senators from both parties in penning a letter to Biden, saying that including Taiwan in the IPEF would be an invaluable signal of Washington’s “rock solid commitment” to Taiwan, and its prosperity and freedom, they said in a press release.

Expressing their concerns that “Taiwan will not be included in the proposed IPEF,” the senators underlined the important role that Taiwan plays in global supply chains, and in trade and economic relationships with the US, as well as the potential consequences of Taiwan’s exclusion.

“Excluding Taiwan from IPEF would significantly distort the regional and global economic architecture, run counter to US economic interests, and allow the Chinese government to claim that the international community does not in fact support meaningful engagement with Taiwan,” the letter read.

The IPEF, an initiative that Biden proposed last year, aims to enhance the US’ economic engagement in the Indo-Pacific region.

It has yet to be clearly defined. A US Congressional Research Service report last month said the framework would include modules covering “fair and resilient trade, supply chain resilience, infrastructure and decarbonization, and tax and anticorruption.”

Thanking the US senators for their support, Minister of Economic Affairs Wang Mei-hua （王美花） yesterday said the ministry would push for Taiwan’s inclusion in the IPEF “step by step” through the “direct channels of communication” between the ministry and the US.

The senators’ support showed that Taiwan’s important role in global supply chains has been recognized by the US, which is a positive development in Taiwan’s pursuit of IPEF inclusion, Wang said at a meeting of the legislature’s Economic Committee.

Media reports in recent months, citing unnamed sources, said that Taiwan was not among the US’ prospective IPEF partners, despite Taipei’s repeated expressions of interest in joining it.

An article published by Politico on Feb. 28 quoted a former US trade official, who asked not to be identified, as saying that she did not believe the Biden administration would allow Taiwan into the IPEF.

“I think the challenge with Taiwan is that this is the administration’s initiative on Asia, and they have been fairly cognizant of the fact that other countries will not want to be associated with an initiative that is seen to be primarily an anti-China coalition,” the former official said.

In an article on March 31, Reuters, quoting unnamed sources, said that US Secretary of Commerce Gina Raimondo told a closed-door meeting of the US Senate Committee on Finance the week before that the Biden administration was not contemplating Taiwan’s inclusion at this time.

When asked by US lawmakers in recent months whether Taiwan would be invited to join the IPEF, US Secretary of State Antony Blinken and US Trade Representative Katherine Tai （戴琪） were noncommittal and did not offer specifics.

A bipartisan group of 200 US House representatives on March 30 sent a letter to Raimondo and Tai to petition for Taiwan’s inclusion in the IPEF.