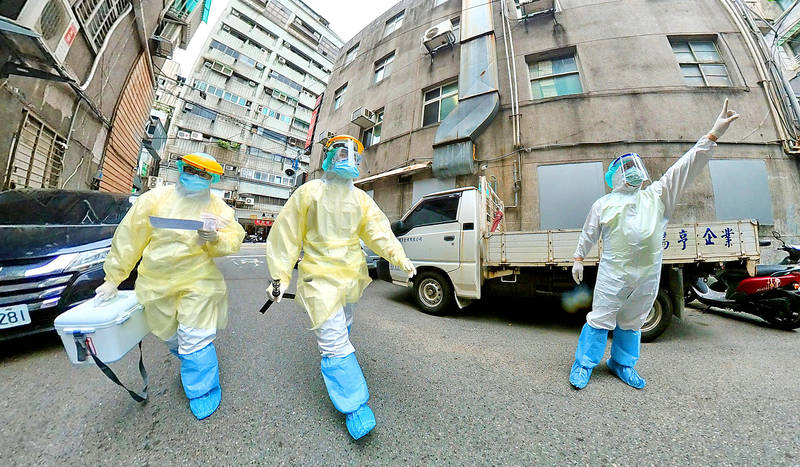 Local COVID-19 cases are expected to continue rising in the upcoming week, the Central Epidemic Command Center （CECC） said yesterday, as it reported a record-high 85,310 new domestic cases and 41 deaths.

Daily case numbers had remained in the 60,000s for the past six days before surging about 30 percent yesterday, said Minister of Health and Welfare Chen Shih-chung （陳時中）, who heads the center.

As many large testing stations have been set up in northern Taiwan in the past couple of days, while cases in central and southern Taiwan are also increasing, daily case numbers are expected to peak in the upcoming week, he said, urging people to take precautions.

Of the 41 deaths reported, 40 had underlying health conditions and one is a two-year-old in Keelung, whose condition has been widely reported by local media, Lo said.

The boy did not have any chronic illness, but had acute encephalitis and multiple organ failure after he was infected with COVID-19, Lo said.

Twenty of the deaths were elderly people aged 80 or older, Lo said, adding that 20 cases （48.7 percent） were unvaccinated, and 28 cases （68.2 percent） did not receive a booster dose of vaccine.

Asked why infected newborns younger than three months who have a fever should be hospitalized under the revised COVID-19 triaging criteria issued on Tuesday, Lo said that newborns have an immature immune system, so when they develop a fever, they could turn into emergency cases that need pediatric care.

A fever in newborns can be a sign of sepsis and would need immediate attention, he said, adding that the criteria were set after discussions with medical societies.

Infected healthcare workers can only be asked to return to work early with their consent, and they must be either asymptomatic or mildly symptomatic, he said, adding that their return must be approved by the head of the communicable disease control medical network in their region.