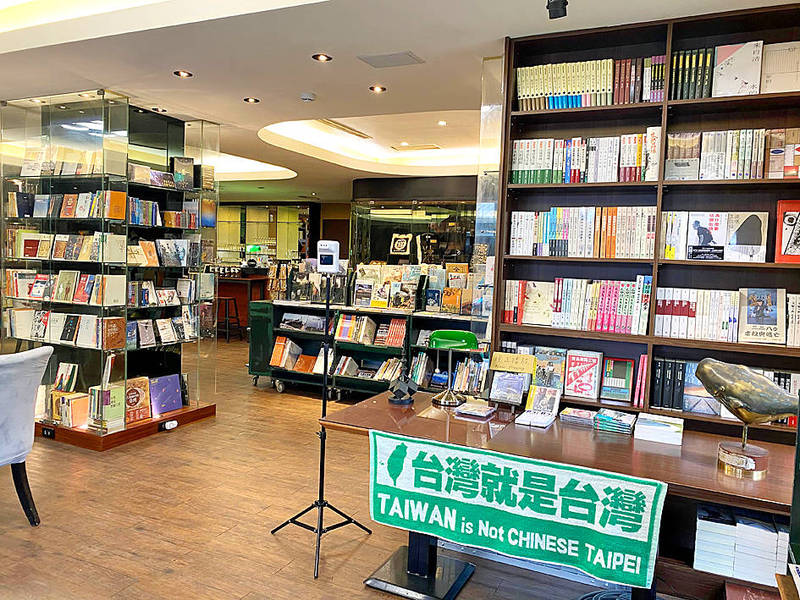 NEW NAME: The Taiuan-e-tiam bookstore has reopened under the name Thok-Phai and aims to continue acting as a repository for Taiwanese literature and culture

Taiwanese literary figures and pro-independence advocates on Saturday celebrated the opening of a new bookstore in Taipei, which marked the rebirth of Taiuan-e-tiam （台灣e店） bookstore.

Taiuan-e-tiam, a bookshop for Taiwan-related writing and paraphernalia, earlier this year said it was looking for a new location after soaring rents near National Taiwan University made its lease untenable after being open for three decades.

As Touat Books also caters to readers interested in Taiwanese culture and history, and promotes pro-Taiwan localization and social advocacy movements, it is a good match for Wu’s ideals, Chang said of the idea to manage the two bookstores together in nearby locations.

The new bookstore is named Thok-Phai （讀派） in Hoklo （also known as Taiwanese）, a word play on “reading” （du, 讀）, which, when pronounced in Mandarin, sounds the same as “independence” （du, 獨）. It is to be comanaged by Wu, and his wife, Huang Miao-ling （黃妙齡）, who are in their 80s, with assistance from Chang.

Thok-Phai is located at No. 3, Lane 1, Zhenjiang St in the city’s Zhongzheng District （中正）. It is about two minutes’ walk from Exit 2 of the MRT Shandao Temple Station along the Bannan Line （Blue Line）.

“Together with the new Thok-Phai, the two bookstores will act as a foundation and repository for Taiwanese literature, history and culture, as all of these were suppressed by the authoritarian government during the Martial Law era,” Chang said.

“Both stores have a coffee shop where people can read. We will continue to hold lectures, talks by invited guests and new forms of activities to engage with more readers,” Chang added.

To prepare for the relocation, Wu and Huang reorganized books, CDs, and magazines and news journals that were outlawed by the then-Chinese Nationalist Party （KMT） government from the late 1970s to the 1990s, when Taiwan’s democracy movement was the most active.

A total of 80,000 books and assorted publications were moved to the new location, Wu said.

These include rare complete sets of Formosa Magazine from its initial run in 1979, he added.

The magazine had an influential role in Taiwan’s democracy movement, as most of its editors and writers formed the core of the political dissidents and key figures who founded the Democratic Progressive Party in 1986.

Lin Wen-chin （林文欽）, publisher of Avanguard Publishing House （前衛出版社）, attended the launch, along with author Liao Wei-min （廖為民）, who wrote The Story of Banned Books in Taiwan （台灣禁書的故事）, and Peter Huang （黃文雄）, writer and Taiwanese independence advocate who was involved in a plot to assassinate then-vice premier Chiang Ching-kuo （蔣經國） during an official visit to New York in 1970.