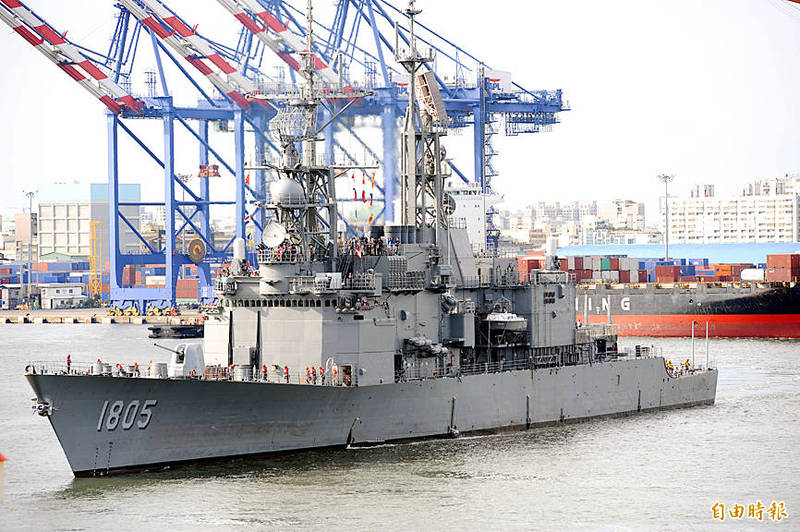 China appears to have built mockups of a port in northeastern Taiwan and a military vessel docked there, with the aim of using them as targets to test its ballistic missiles, a retired naval officer said yesterday.

Lu Li-shih （呂禮詩）, a former lieutenant commander in Taiwan’s navy, wrote on Facebook that satellite images appeared to show simulated targets in a desert in China’s Xinjiang region that resemble the Suao naval base in Yilan County and a Kidd-class destroyer that usually docks there.

Lu said he compared the mockup port to US naval bases in Yokosuka and Sasebo, Japan, and in Subic Bay in the Philippines, but it more closely resembles Suao.

The South China Morning Post on Thursday quoted Lu as saying that the mockup vessel resembled one that was based in northeast Taiwan and some Guam-based US vessels.

“The mockups and drills suggest that Chinese People’s Liberation Army warships are simulating precision strikes on the Guam naval base and the Suao military port using China’s YJ-21 anti-ship missiles,” the newspaper quoted him as saying.

“A site with full-scale piers and a destroyer-sized ship-like target was constructed in December [last year],” said a report published on Wednesday on the US Naval Institute Web site, an independent forum.

“A test missile hit ... dead-center on the ship replica in February” at the Taklamakan Desert site and the target was quickly disassembled “and is now gone,” the Web site reported.

In November last year, satellite images showed that China was building targets that simulated a US aircraft carrier and other US warships in the desert to test its hypersonic anti-ship ballistic missiles, including YJ-21s, which are an increasingly significant threat to vessels, it said.

Images of the sites were in satellite images that the US Naval Institute posted, but it did not name any structures that the mockups might have been modeled after.