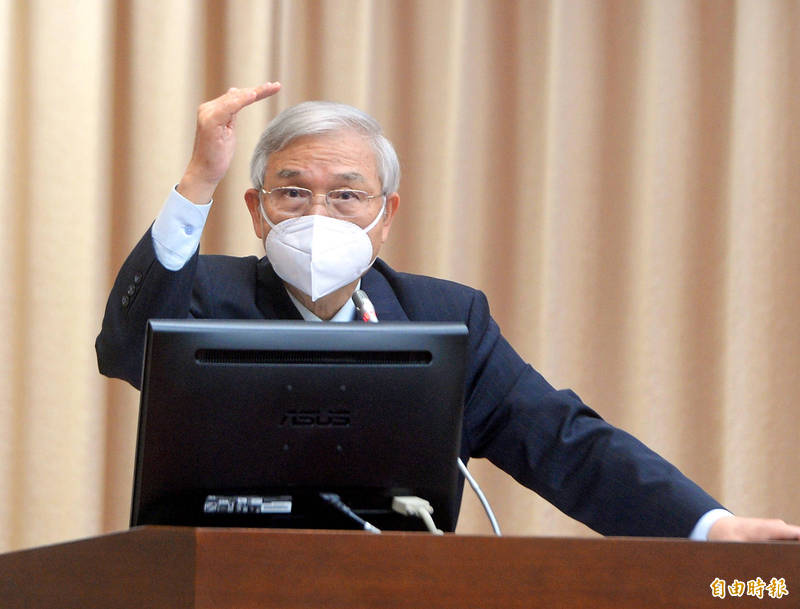 REVISION COMING: The target looks untenable, as the second half is to be unfavorable, even if exports and consumption have fared well, Yang Chin-long said

The nation’s 4 percent GDP target this year might be difficult to attain, as Russia’s invasion of Ukraine and global monetary tightening is expected to weigh on exports in the second half, central bank Governor Yang Chin-long （楊金龍） said yesterday.

At a meeting of the legislature’s Finance Committee, Yang said that the central bank would revise its growth forecast at its board meeting next month.

The nation’s top monetary policymaker in March said the growth rate was expected to be 4.05 percent.

“GDP growth of 4 percent this year looks increasingly untenable, as unfavorable factors would start to weigh in the second half, even though exports and consumption data have fared quite well thus far,” Yang said.

The war in Ukraine has been termed a “black swan” event — something that was unpredictable and had profound consequences on the global economy — while the rate hikes by the US Federal Reserve have been called a “gray rhino” event — a threat to markets that was predictable, yet largely ignored.

The military conflict in eastern Europe prompted major countries to impose sanctions on Russian oil and gas exports, which drove up international prices for fuel and raw materials.

Global central banks are hiking interest rates to help curb inflation, which is likely to slow economies down.

“The downside risks raise concern over whether growth momentum for Taiwan’s exports can extend into the second half,” Yang said.

Major chipmakers have given rosy earnings guidances for this quarter, while suppliers of laptops and other electronic devices expect declines due to COVID-19 lockdowns in China.

International research bodies have trimmed their forecasts for Taiwan’s GDP growth this year to 3.6 to 3.8 percent, Yang said.

Consumer prices in Taiwan remain high this month after being above 3 percent for the past two months, Yang said.

However, he refused to say unequivocally that the central bank would increase interest rates at next month’s meeting.

“The central bank has made known its stance leaning toward tightening and there are several policy options to achieve that end,” Yang said, citing interest rate hikes, selective credit controls and draining liquidity from the foreign exchange market, among other measures.

Policy tools under consideration include shortening mortgage periods and lowering loan-to-value ratios for second-home financing, he said, adding that the current policy only bans grace periods on second-home mortgages.

Shorter mortgage periods, from 20 to 30 years, would prompt borrowers to be more cautious in their financial planning, Yang said.