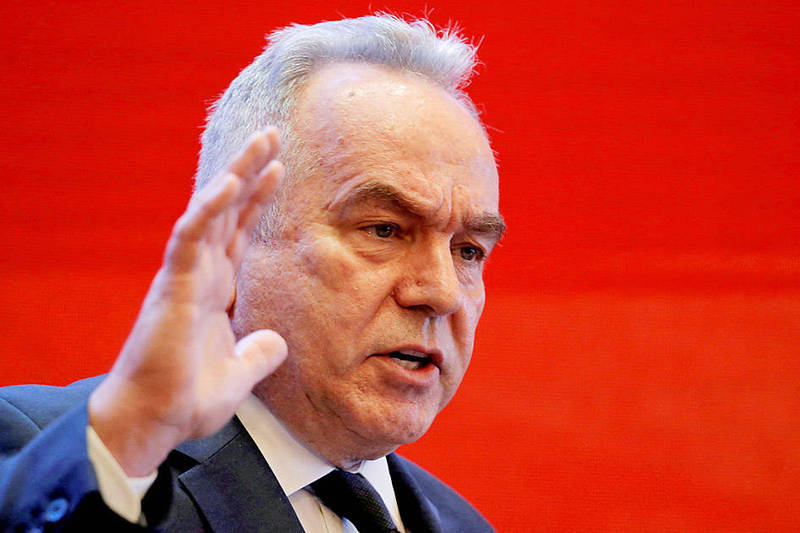 By Jake Chung / Staff writer, with CNA and Reuters

The US and Europe have a profound interest in maintaining peace and stability across the Taiwan Strait, US National Security Council Indo-Pacific Coordinator Kurt Campbell said on Monday.

Campbell made the remarks in a speech at the Washington-based Center for Strategic and International Studies.

Russia’s invasion of Ukraine has led to an “unprecedented” alignment between the US and Europe, as well as increased engagement with Asian countries, he said.

That is because countries in the Indo-Pacific region have been unnerved by a joint declaration Moscow and Beijing announced in February, while Russia’s invasion of Ukraine on Feb. 24 prompted regional leaders to consider their nations’ strategies, he said.

Previous talks on Taiwan between the US and EU had focused more on technological development, but now both sides understand that maintaining the “status quo” across the Taiwan Strait is imperative, Campbell said.

Luis Simon, director of the Center for Security, Diplomacy and Strategy at the Brussels School of Governance, agreed, saying that EU leaders are now more willing to work with Washington on its Indo-Pacific initiatives, the South China Morning Post reported.

NATO and the EU are noting Russia’s reliance on China’s “tacit support” of its invasion of Ukraine to weather global sanctions, Simon said, adding that “China’s image in Europe is taking a hit as a result of the Ukraine crisis.”

Biden is to host 10 Southeast Asian leaders at a two-day ASEAN meeting, which is to start tomorrow.

Biden is also to visit South Korea and Japan this month and attend the Quadrilateral Security Dialogue summit in Tokyo.

The G7 leaders’ meeting is to take place late next month.