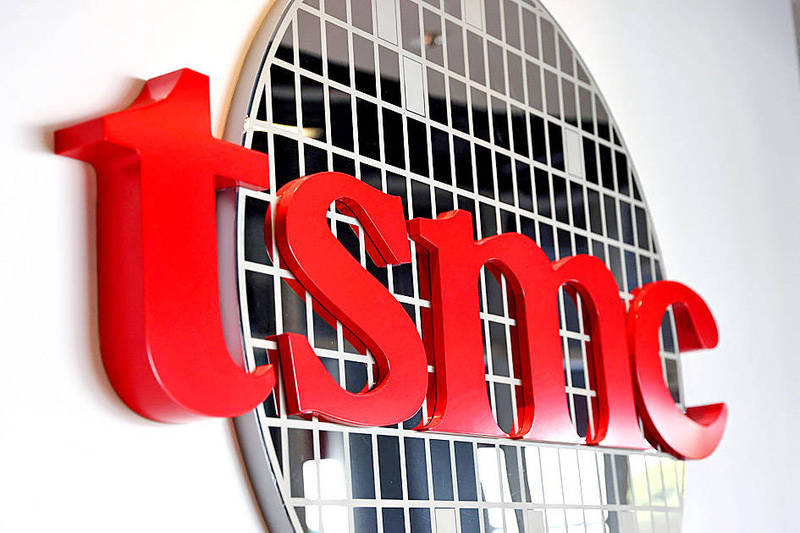 The logo of Taiwan Semiconductor Manufacturing Co is pictured at its headquarters in Hsinchu on Jan. 19 last year. Photo: Ann Wang, Reuters

Taiwan Semiconductor Manufacturing Co （TSMC, 台積電） yesterday said that its board of directors approved a proposal to subsidize employees’ purchases of TSMC shares by covering 15 percent of investments, the chipmaker’s latest effort to recruit and retain talent.

Employees of TSMC and its fully owned subsidiaries would be allowed to allocate 15 to 20 percent of their monthly salary for share purchases, based on a company stock purchase subsidy plan, the chipmaker told the Taipei Times.

The plan is to take effect in August or September, it said.

The board also approved the distribution of a cash dividend of NT$2.75 per share for last quarter, the same as the dividend for the previous four quarters.

That represented a payout ratio of 35.17 percent based on the firm’s earnings per share of NT$7.82 in the quarter ended on March 31.

The capital would also be used to capitalize leased assets, it said.

TSMC has budgeted record capital expenditure of US$40 billion to US$44 billion this year, primarily for advanced processes, including 2-nanometer and 3-nanometer technologies.

Separately, TSMC has informed customers of a 6 percent price hike for next year, reports said.