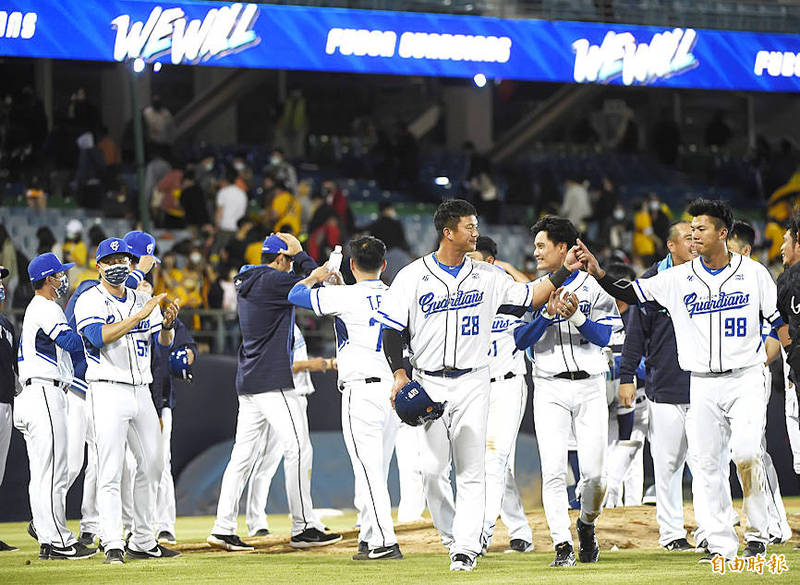 NOT CHINESE: CBS Sports reported that Taiwan’s Tsai family owns the ‘Fubon Guardians baseball team in China,’ apparently confused by the name of the league

Sports fans have renewed calls for Taiwan’s professional baseball league to change its name after foreign media mistakenly reported that the Fubon Guardians play in China.

In a report about the potential purchase of English Premier League soccer club Chelsea by a consortium that includes the Tsai （蔡） family of Fubon Financial Holding, CBS Sports reported in an article online that “Taiwan’s Tsai family is involved. They own the Taipei Fubon Braves basketball team, which plays in the ASEAN Basketball League, as well as the Fubon Guardians baseball team in China.”

The Guardians play in Taiwan’s Chinese Professional Baseball League （CPBL）, which apparently was the cause of the misreported information.

The Guardians’ home park is Sinjhuang Stadium in New Taipei City, while the Braves are the defending P.League+ champions. The Braves were previously in the Super Basketball League, although the ASEAN competition has not been held since the COVID-19 pandemic began.

Fans of Taiwanese sports have asked that the name of the CPBL be changed, with suggestions including the replacement of “Chinese” with “Taiwan” or “Formosa” the most popular, while some proposed using “Chunghwa” （中華）.

The consortium is seeking to buy Chelsea after the British government imposed economic sanction on Russian owner Roman Abramovich due to Russia’s invasion of Ukraine.

Daniel Tsai （蔡明忠） and Richard Tsai （蔡明興） are the main owners and proprietors of Fubon Financial Holding, which, including its subsidiaries, as of the end of last year had unaudited total assets of NT$10.51 trillion （US$359.19 billion）, the second-highest among financial holding companies, the firm’s Web site said.

The Forbes list of Taiwan’s 50 richest people has Daniel Tsai and Richard Tsai third, with a combined net worth of US$7.9 billion.