《TAIPEI TIMES》 High-speed rail, buses to provide backup on May 1 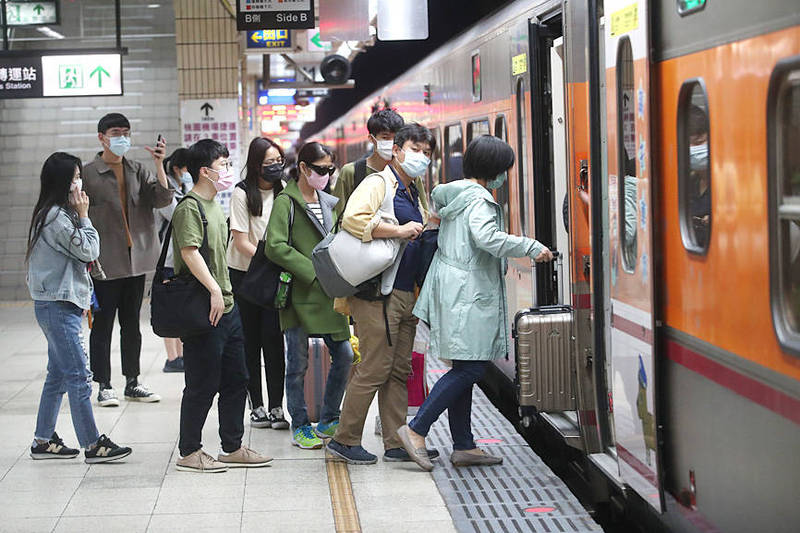 Riders line up to get on a Taiwan Railways Administration train in Taipei yesterday. Photo: CNA

The work stoppage is estimated to affect transportation services for 358,000 passengers, said the ministry, which oversees the Taiwan Railways Administration （TRA）.

About 13,000 of the TRA’s 15,000 employees are members of the union, which on Tuesday said that, based on its survey, more than 90 percent of the its drivers would not work on Workers’ Day to protest a government plan to corporatize the agency.

The TRA estimated that the high-speed rail could help transport 90,000 passengers, while highway bus services could assist in transporting 136,000 passengers in western Taiwan, Du said.

In the east, bus operators have said they could offer 82,000 seats to assist the TRA, he said, adding that MRT and city bus lines would be used to ferry passengers in local areas serviced by ancillary lines.

A “train-like program” — in essence, buses on routes following the railway tracks bearing the same designation as the train lines — of 594 buses would provide 23,760 seats in total, Director-General of Highways Chen Wen-jui （陳文瑞） said.

Freeway Bureau Traffic Division Director Tsai Ming-che （蔡明哲） estimated that the strike would not increase highway traffic volume and said contingency plans are in place if it does.

Minister of Transportation and Communications Wang Kuo-tsai （王國材） apologized for the inconvenience caused by the impending strike, but said he would not give up any chance to turn the situation around before Workers’ Day.

Wang said that he was “unhappy” over the TRA strike, because it is causing the agency to lose established clientele.

He urged the union to reconsider and not harm passengers’ interests. 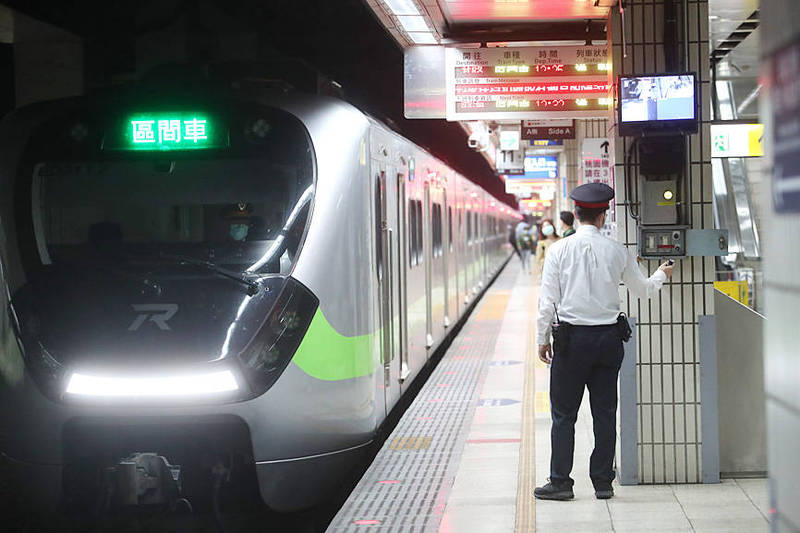 A Taiwan Railways Administration stationmaster watches as a train arrives at a platform in Taipei yesterday. Photo: CNA