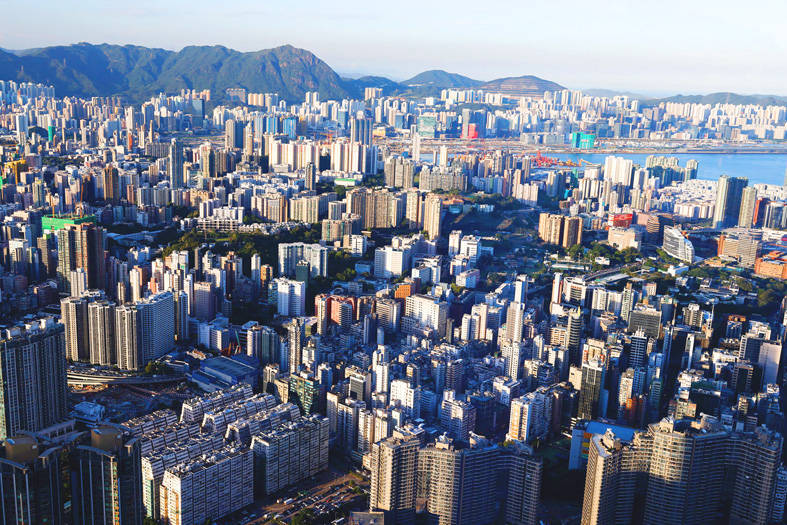 EQUAL FOOTING: Workers from Hong Kong and Macau are set to have their permanent residence eligibility be leveled with other foreigners starting next month

Many professional workers from Hong Kong and Macau are to be able to apply for permanent residence starting on May 1, after new criteria received Cabinet approval, an official said.

Under the new regulations, professionals from the territories who have resided in Taiwan for at least five years with a work visa, and earned at least double the minimum wage in the past year, can apply for permanent residency as of next month, an official said ahead of an expected formal announcement next month.

The applicant must also have been present in Taiwan for at least 183 days in each of the five years.

Not all people engaged in professional work from the territories are currently able to obtain permanent residency in Taiwan under the Regulations Governing Residency or Permanent Residency for People of the Hong Kong Area and the Macau Area （香港澳門居民進入臺灣地區及居留定居許可辦法）.

The amendment was drafted to comply with changes to the Act for the Recruitment and Employment of Foreign Professionals （外國專業人才延攬及僱用法）, promulgated in July last year, which specifies that professionals from Hong Kong and Macau should be included.

A “professional” is defined as someone who has been issued a work permit or employment gold card by the Ministry of Labor or other authority.

It also includes “specialized or technical” positions such as civil engineers, financial and real-estate brokers, and veterinarians.

The changes would also allow professionals and their households to apply for two six-month-long “jobseeking” residency extensions, the official said.

Under the current law, professionals from the territories are required to leave the country when their contracts end.

Those who obtain a master’s or doctorate degree in Taiwan could have their waiting time reduced by one and two years respectively, the same as allowed under the new criteria of the foreign talent act, the official said.

Regarding concerns that the changes could reduce opportunities for local talent or create a loophole for Chinese infiltration, the official said that the rules require a five-year observation period, while a national security review mechanism would be implemented.