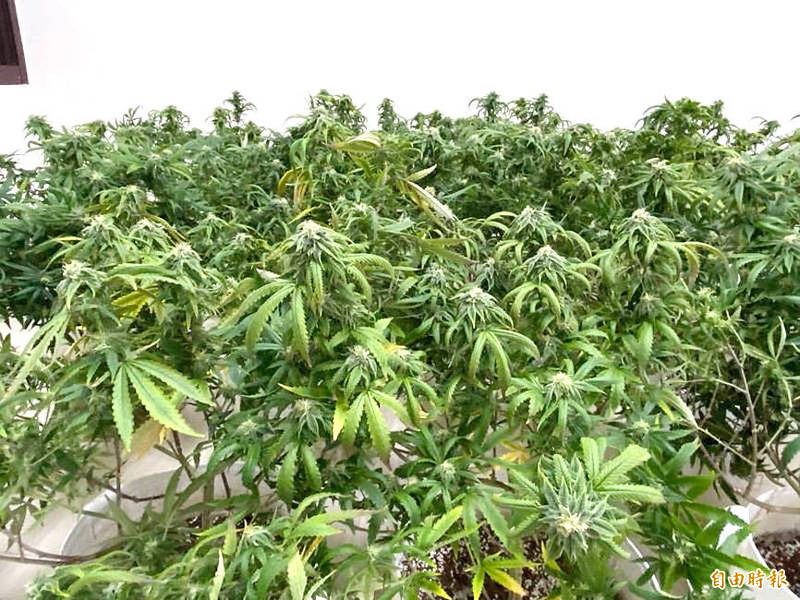 The Legislative Yuan yesterday passed an amendment reducing the penalty for growing cannabis for personal use from at least five years in prison to one to seven years in jail. Those found guilty can also be fined up to NT$1 million （US$34,211）.

However, people found guilty of cultivating cannabis with the intention of selling it as a narcotic still face at least five years in prison and can be fined up to NT$5 million, according to the Narcotics Hazard Prevention Act （毒品危害防制條例）.

The Executive Yuan proposed the amendment on March 11 last year. Premier Su Tseng-chang （蘇貞昌） at the time cited Constitutional Interpretation No. 790, which says that the penalties for growing cannabis failed to meet the principle of proportionality as stated in the Constitution.

“Punishment should be made in accordance with the gravity of the crime,” Su said, adding that heavy punishments should not be imposed on those found guilty of petty crimes.

The Constitutional Court, then called the Council of Grand Justices, issued the interpretation on March 20, 2020, saying that at least five years of jail time should not be the only punishment for cultivating a small amount of cannabis for personal use.

Under Taiwanese law, cannabis is listed as a Category 2 narcotic.

However, there have been calls over the past few years for cannabis to be decriminalized and its medical use allowed.