《TAIPEI TIMES》 US troops should be based in Taiwan, Bolton says 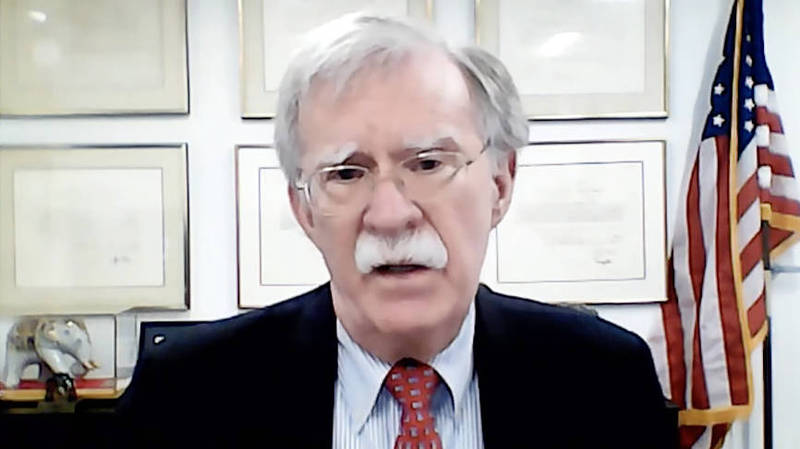 Former US national security adviser John Bolton on Saturday called for US troops to be stationed in Taiwan, harkening back to the allies’ arrangement prior to 1979.

Given the ongoing Russia-Ukraine war, Bolton called for Taiwan to be protected through political and military deterrence.

That means increasing defense budgets and tightening coordination between the two militaries, he said.

It could also mean stationing troops in Taiwan as the US did before formal diplomatic relations were severed in 1979, a move Bolton said would benefit both sides.

Bolton, who served from 2018 to 2019 under former US president Donald Trump, made the comments in a prerecorded address to the Global Taiwan National Affairs Symposium organized by Taiwanese independence groups.

The call comes after Foreign Policy magazine in November last year reported that US troop numbers in Taiwan — while present for more than a decade — had increased since Trump’s presidency thanks to “intense lobbying” by Bolton.

Bolton rejected calls to create an Indo-Pacific “NATO” due to historical and contextual differences with Europe, but considered the Quadrilateral Security Dialogue a positive step toward countering Chinese aggression in the region.

The more creative the approach, the better, he said, praising closer military cooperation through groups such as the AUKUS alliance between the US, UK and Australia, which he suggested Japan join to ensure greater flexibility.

Taiwan faces an excellent opportunity, as the global community is becoming more aware of the Chinese threat and is more willing to extend a helping hand, he said.

As for growing calls for the US to abandon its long-held policy of “strategic ambiguity,” Bolton said there is already legal precedent to form an alliance under the Taiwan Relations Act.

Formally recognizing Taiwan’s independence is important politically and militarily, Bolton said, adding that this view was considered extreme in 2000, when he called for diplomatic recognition in the Taipei Times.

The US has long been one of Taiwan’s greatest friends, and with assistance from others such as Japan, help for Taiwan is limitless, he said.