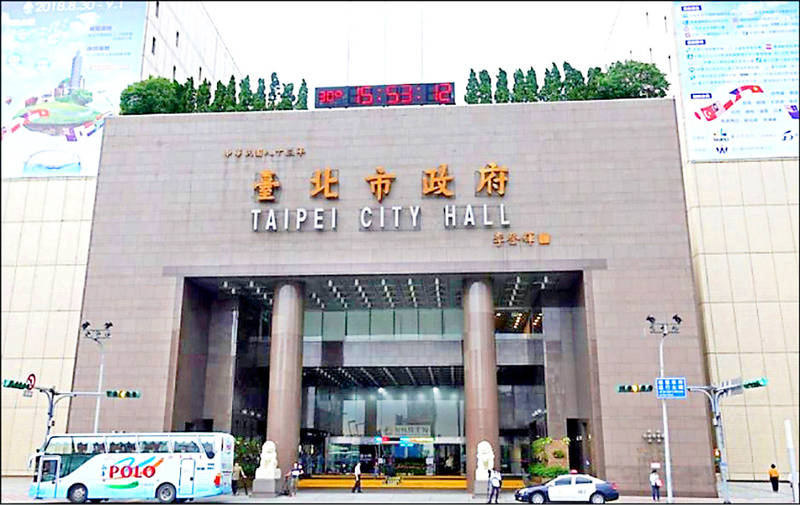 ILLEGAL: A lawyer said that while the recordings were legally obtained, the city contravened the law by giving people’s personal data to a software company

Taipei city councilors Miao Po-ya （苗博雅）, of the Democratic Progressive Party, and Wu Pei-yi （吳沛憶）, of the Social Democratic Party, said the recordings were the callers’ voiceprints, and providing them to an artificial intelligence software developer without their permission violated their rights.

The contract that the city had with the company as part of Taipei’s “smart city” development did not outline penalties for mishandling the recordings, the councilors said, as they called on the city government to temporarily halt the project.

Taipei City Research, Development and Evaluation Commission Director Chen Tsung-heng （陳宗亨） said the city informs callers that it records the call, but does not inform them that the recordings are handed over to a contractor.

How the information is managed was determined after work on the project began and had yet to be reviewed by the Taipei Department of Legal Affairs, he said.

Taipei City Department of Information Technology Director Lu Hsin-ko （呂新科） said the project aimed to improve the service on the helpline, and that the city would re-evaluate its handling of the recordings and consult with experts.

The National Development Council yesterday said that under Article 28 of the Personal Data Protection Act （個人資料保護法）, public agencies that illegally collect, process or use people’s personal information are liable to pay compensation.

Further investigation is needed to determine whether the city government contravened the law, the council added.

Lawyer Lin Yao-chen （林曜辰） said that while the recordings were legally obtained, the city contravened the law by giving people’s personal data to a contractor and would typically be required to compensate people whose calls were mishandled.

However, as the callers’ identities are unknown, it is unlikely that they would be compensated, he added.

Lin urged the city government to amend its procedures to avoid a recurrence of the situation, and to set clear terms in the company’s contract regarding handling the recordings, including penalties for their misuse.

Even if the callers could not be identified, the project should be halted, Miao said, adding that recordings of about 1,400 people had been sent to the contractor.