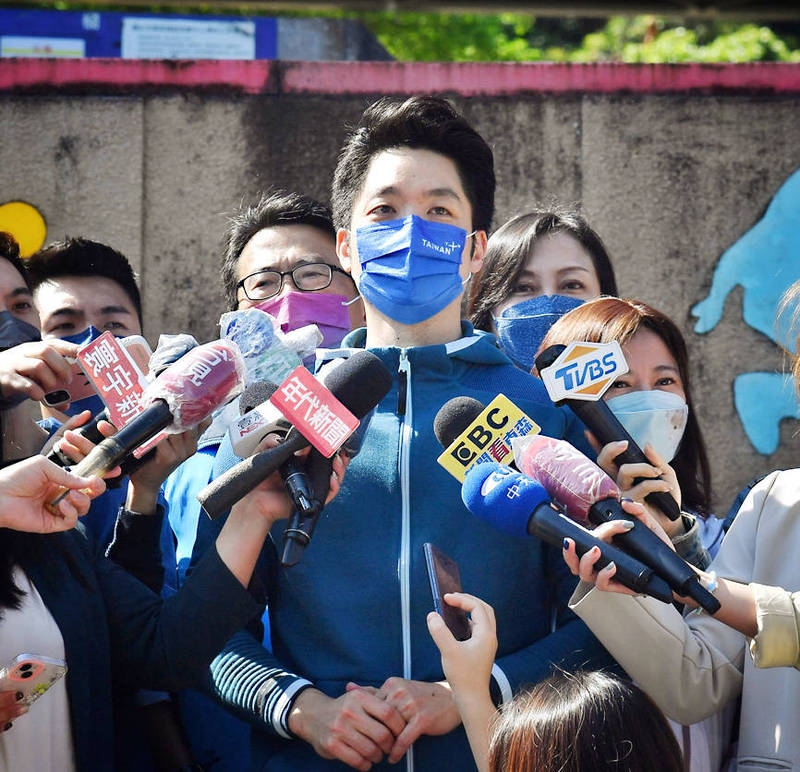 ‘DEVELOPMENT HALL’: Chiang Wan-an’s remarks are bold and forward-thinking, but he must be prepared to face mounting pressure from within the KMT, a party source said

Chinese Nationalist Party （KMT） Legislator Chiang Wan-an （蔣萬安） on Friday proposed changing the name of the Chiang Kai-shek Memorial Hall in Taipei to the “Taiwan Development Memorial Hall” （台灣建設紀念館）, to commemorate all Taiwanese who helped build the nation over the past seven decades.

Taiwanese should look at the larger picture when determining the memorial hall’s role in history, Chiang said.

Former presidents Chiang Kai-shek （蔣介石） and his son Chiang Ching-kuo （蔣經國） protected the Republic of China and contributed greatly to the development of Taiwan during the Cold War era, an achievement that should be the goal of any political party in Taiwan, Chiang Wan-an said.

No political party or organization should seek to incite hatred or confrontation in society by their treatment or handling of places dedicated to the two former presidents, he added.

Chiang Wan-an said he believes Taiwanese would like to face the truth of the past seven decades and put it behind them, and focus on the future and moving toward it.

Chiang Wan-an is the son of former KMT vice chairman John Chiang （蔣孝嚴）, who claims to be a son of Chiang Ching-kuo.

Minister of Culture Lee Yung-te （李永得） said that certain clarifications first need to be made on how the memorial hall would be rebranded, such as the fate of the statue of Chiang Kai-shek housed in the main hall and the building itself.

The Ministry of Culture stands by three main principles: first, any repurposing should remove elements suggesting reverence of authoritarian figures while retaining other historic elements, Lee said, adding that renaming the hall is an integral part of removing authoritarian elements.

Second, an effort must be made to highlight the “basic values” of Taiwan, namely having the courage to stand up against authoritarian figures, he said.

Third, a sense of “dynamic historic views” should be established, he added.

The ministry is happy to support Chiang Wan-an’s suggestion provided all three principles are observed, Lee said, but added that renaming should be discussed with the public.

Chiang Wan-an’s comments came as a surprise to the KMT, a source in the party said yesterday, speaking on condition of anonymity

His remarks are bold and forward-thinking, but he must be prepared to endure mounting pressure from within the party, the source said.

Chiang Wan-an’s statements could benefit Taipei Deputy Mayor Vivian Huang （黃珊珊）, who is rumored to be interested in running for Taipei mayor in November’s local elections, the source added.

Huang could attract 3 to 5 percent of the KMT’s voter base if she were to express her respect for Chiang Kai-shek and Chiang Ching-kuo and oppose any changes to the memorial park, the source said.

Chiang Wan-an is seen as the most likely candidate to run for Taipei mayor on the KMT ticket, although he has yet not been officially nominated.

The Chiang Kai-shek Memorial Hall is seen through the central archway of the gateway of Liberty Square in Taipei in an undated photograph. Photo: Photo: Chen Yu-fu, Taipei Times