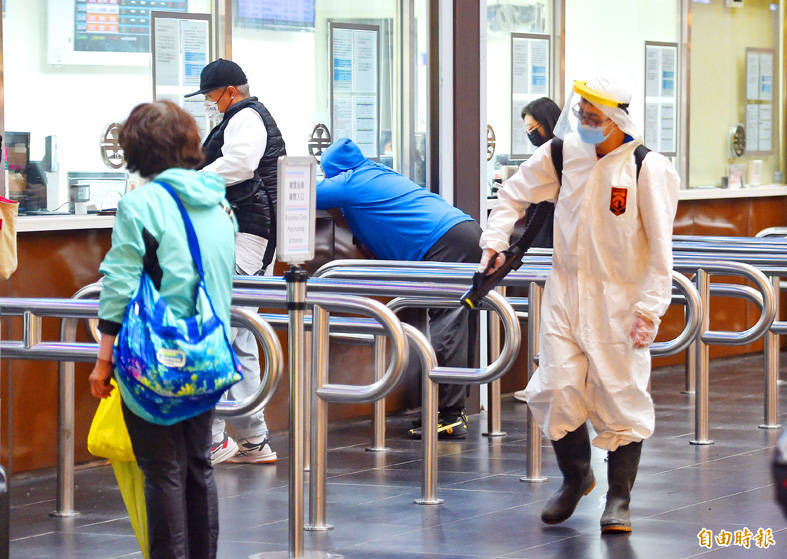 NEW RULES: People with mild or no symptoms would be sent to centralized quarantine facilities, and family members with COVID-19 would be allowed to stay in the same room

More than 99 percent of local COVID-19 cases so far this year reported having mild or no symptoms, the Central Epidemic Command Center （CECC） said yesterday, as it announced modified quarantine and isolation standards, and plans to expand healthcare capacity to meet rising caseloads.

Minister of Health and Welfare Chen Shih-chung （陳時中）, who heads the center, said that 1,370 local COVID-19 infections were reported between Jan. 1 and Friday, and 1,367 people, or 99.78 percent, were asymptomatic or had only mild symptoms.

Only three cases, or 0.22 percent, experienced medium to severe illness from COVID-19, and they were all aged 60 or older, including a woman in her 80s who died, Chen said.

Although the percentage is relatively low, people should still be cautious and get vaccinated, he said.

The nation’s first, second and booster vaccination rates on Friday were 83.45 percent, 78.41 percent and 50.48 percent respectively, while 70.98 percent of people eligible for a booster shot have received one, he said.

“We have not come to the point where we are asking people with mild symptoms to self-isolate at home, but instead will arrange for them to isolate at other facilities, so case classification is important,” Chen said.

Cases detected among people arriving in Taiwan would be transported to enhanced centralized quarantine facilities in central or southern Taiwan, he said, adding that local cases would be sent to nearby facilities.

Two people who are asymptomatic or have mild symptoms and are family members, coresidents or fellow travelers, can stay in the same room at a hospital, quarantine facility or disease prevention hotel, he said.

Regarding healthcare capacity, Chen said that certain designated hospitals with more than 500 beds in Keelung, New Taipei City, Taipei and Taoyuan have been asked to reserve 5 percent of their total bed capacity in three days to be used as COVID-19 hospital rooms, he said.

Regional response hospitals in the four cities have also been asked to clear out 20 percent of their total hospital beds in three days for use as COVID-19 hospital rooms, he said, adding that 90 percent of the rooms in centralized quarantine facilities would be used for admitting COVID-19 cases.

Chen said the center would also discuss with local governments encouraging hotels to provide more enhanced disease prevention rooms — at least 50 — with a goal of two rooms per 10,000 people in each city or county.