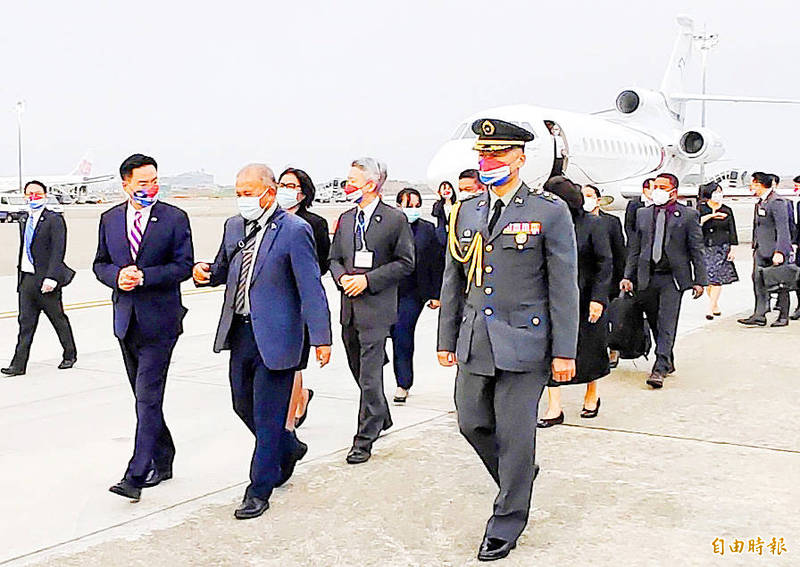 It is Kabua’s first visit to the nation since he assumed office in January 2020, the ministry said in a statement.

During the visit, President Tsai Ing-wen （蔡英文） is to welcome Kabua and his delegation with a military salute and confer him the Order of Brilliant Jade with Grand Cordon for his role in enhancing ties between Taiwan and its Pacific ally.

Tsai and Kabua would exchange views on bilateral cooperation and other shared concerns between the two countries, the ministry said.

Kabua is also to attend a banquet hosted by Minister of Foreign Affairs Joseph Wu （吳釗燮） and preside over a ceremony to renew the Agreement on Agricultural Technical Cooperation between the two countries, it added.

Kabua is the son of Amata Kabua, the first president of the Marshall Islands.

As a long-term friend and supporter of Taiwan, David Kabua has on numerous occasions expressed his country’s support for Taiwan’s participation on the world stage, the foreign ministry said.

Over the years, Taiwan and the Marshall Islands have forged close ties in several areas, including infrastructure, public health, agriculture and fisheries, education, women’s empowerment, and clean energy, it said.

The Marshall Islands is one of Taiwan’s 14 diplomatic allies.