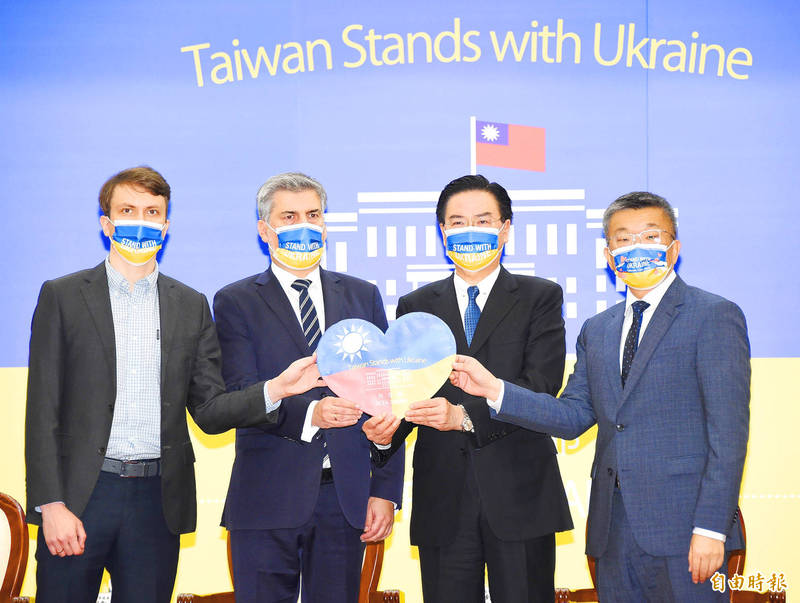 By Lu Yi-hsuan and William Hetherington

The first sum of NT$100 million （US$3.5 million） donated by Taiwanese to help Ukrainian refugees fleeing the Russian invasion is to be transferred to a designated bank account in Poland this week, Minister of Foreign Affairs Joseph Wu （吳釗燮） said yesterday.

The ministry said it has so far received NT$330 million in donations from individuals and organizations in Taiwan, and would transfer the first NT$100 million to an account established by the Polish government, which has been accepting refugees from Ukraine and providing the country with assistance.

The ministry, which on Wednesday last week had set up an account for the collection of donations, would coordinate the transfer through its representative office in Poland, Wu said.

Wu said he was grateful for the support, and added that he would also look at ways of helping other countries in Europe that are taking in Ukrainian refugees, as well as coordinating assistance efforts with the EU.

He expressed the hope that some Ukrainians would come to Taiwan — for example, through study programs — adding that he has been discussing the issue with other government agencies.

Union Bank, Rong San Lin Enterprise and the Liberty Times group each donated NT$10 million, saying that there was a pressing need for assistance given the increasing number of Ukrainians fleeing the war.