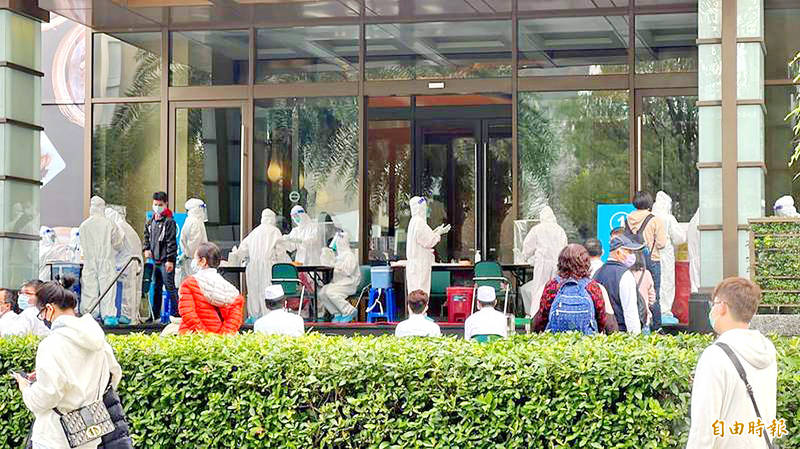 The remaining seven cases include a cluster of four — three family members and a friend — in Taipei and New Taipei City, two cases linked to a Tasty Steak （西堤牛排） restaurant in Taoyuan’s Jhongli District （中壢） and one case in Yilan County, said Minister of Health and Welfare Chen Shih-chung （陳時中）, who heads the center.

As 70 cases were on Friday and Saturday reported among workers at Askey Computer Corp （亞旭） in Taoyuan’s Farglory Free Trade Zone （遠雄自由貿易港區）, Chen said that expanded testing was conducted on 1,720 workers in the trade zone on Saturday, with 30 testing positive for COVID-19.

An inspection of the two buildings in the trade zone’s value-added park area, which includes the Askey factory, found that workers of different employers used the same cafeterias and shuttle buses, and many of them had personal contacts with each other, Chen said, adding that the CECC designated the buildings as “high-infection zones.”

Operations in the value-added park have been suspended, he said.

A second round of polymerase chain reaction （PCR） tests would be conducted on about 4,500 workers in other parts of the trade zone today, he said, adding that rapid test kits would be delivered to about 3,000 workers in the two buildings and their family members for a second test tomorrow.

Regarding the Kaohsiung cluster, Chen said that 15 new cases were confirmed yesterday, most of them workers in the harbor or their family members.

One of the cases, a man who has a relative who works with a previously confirmed case, tested positive at a community testing station, Chen said.

A new cluster of four cases was reported in Taipei and New Taipei City, Chen said.

Its initial case is a man in his 20s who first had symptoms on Tuesday, tested positive with an at-home rapid test on Saturday and was administered a PCR test on the same day, which was positive, Chen said.

The man immediately contacted his family and friends, and asked them to get tested, he said.

His mother and sister, who is a chef at the Grand Hotel Taipei （圓山飯店）, as well as a friend, tested positive, Chen said.

Although the infection source of the cluster is unclear, the man was vigilant and his behavior serves as a positive example, Chen said, adding that disease prevention relies on collective efforts.

The two new cases linked to the steakhouse include someone who dined there on Jan. 9 and a teacher at a school attended by an infected worker at the restaurant, Chen said, adding that they tested positive while isolating.

The Yilan County case was a hotel receptionist, Chen said, adding that he was counted as a northern Taiwan case.

Meanwhile, Centers for Disease Control Deputy Director-General Chuang Jen-hsiang （莊人祥）, who is the CECC’s spokesman, said that those eligible for vaccination can book appointments through the centralized online platform, 1922.gov.tw, from Wednesday to Friday, with vaccinations to be administered from Feb. 7 to 13.

Those who received their second dose outside Taiwan more than three months ago would also be eligible for booster shots, he said.. 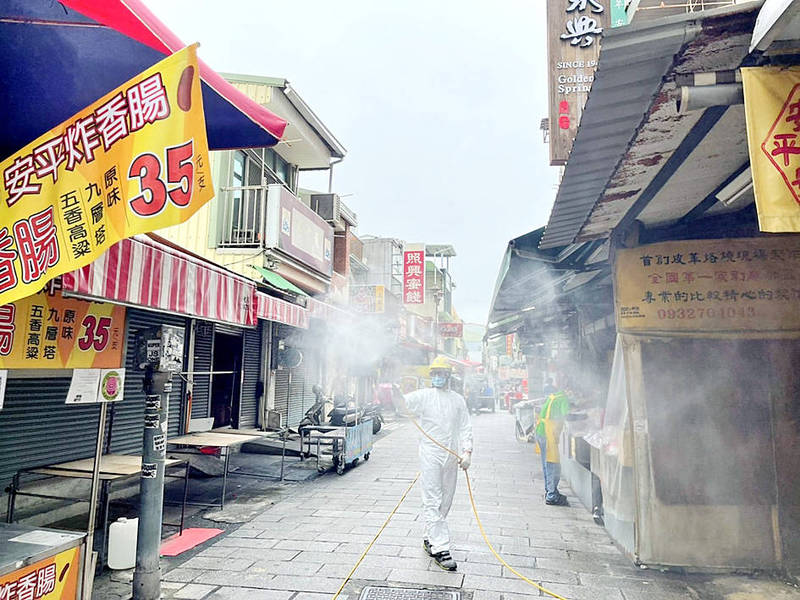