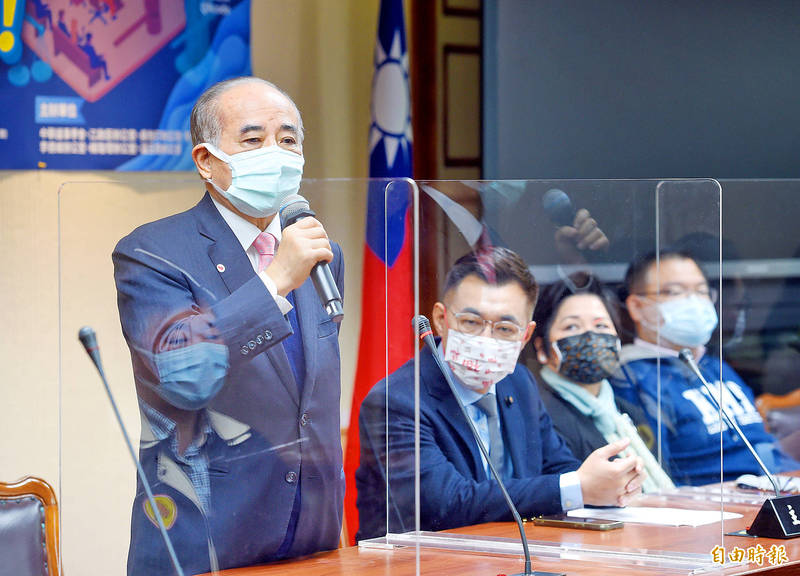 ‘NUCLEAR FOOD’: A KMT statement that it would not oppose food imports from five Japanese prefectures caught the party caucus by surprise, Alex Fai said

The question now is how to ensure their safety, he added.

Speaking to reporters at the opening ceremony of the fourth annual Congressional Youth Experience Camp organized by the Chinese Nationalist Party （KMT）, Wang, a KMT member, said that the issue would be resolved “sooner or later.”

If the agricultural imports that were banned after the disaster are resumed, Japan must first perform stringent inspections, followed by another round after they arrive in Taiwan, he said.

Appropriate equipment and training are necessary to detect traces of radioactive contamination, he said, urging the government to prepare before imports resume.

Separately, KMT caucus whip Alex Fai （費鴻泰） vowed that the caucus would take a stand against any imports of “nuclear food.”

“Health cannot be traded away,” he said, adding that the KMT’s stance is as firm as it was in 2018, when a public referendum seeking to maintain the ban passed by a 78-22 percent vote.

As for a party statement issued on Friday saying the KMT would “not oppose food imports” from the prefectures as long as Japan can guarantee their safety, Fai said it caught the caucus by surprise.

After seeing the news, the caucus immediately conveyed a message to KMT Chairman Eric Chu （朱立倫）, who then tasked the party’s Culture and Communications Committee with drafting a statement clarifying its stance.

KMT Legislator and former chairman Johnny Chiang （江啟臣） told reporters that the party’s stance on food safety has never changed, whether the issue is pork containing traces of ractopamine or radioactive contamination.

As the ruling party, the Democratic Progressive Party （DPP） has a duty to explain how food safety is protected, not just change its language or issue an executive order to force clearance of unsafe food, Chiang said.

“We, of course, hope that trade with other countries can be mutually beneficial,” but the government should guarantee food safety, unlike what it did with “ractopamine pork,” when it promised clear labeling, but failed to deliver, he said.

The DPP could potentially use its legislative majority to force the borders open, but failure to block problematic food could spell the beginning of the next disaster, he said.

The government must tell the public of how it decides on food safety standards, its discussions with Tokyo, whether Japan would shoulder any responsibility and who would be held to account if problems arise, he said.

As the Executive Yuan and the DPP have already started discussing the issue, the KMT, as an opposition party, must quickly solidify its stance to perform its supervisory duties well, Chiang added.

《TAIPEI TIMES》 No travel hitches, despite 1…

《TAIPEI TIMES》 Czech FM thanks Taiwan for U…