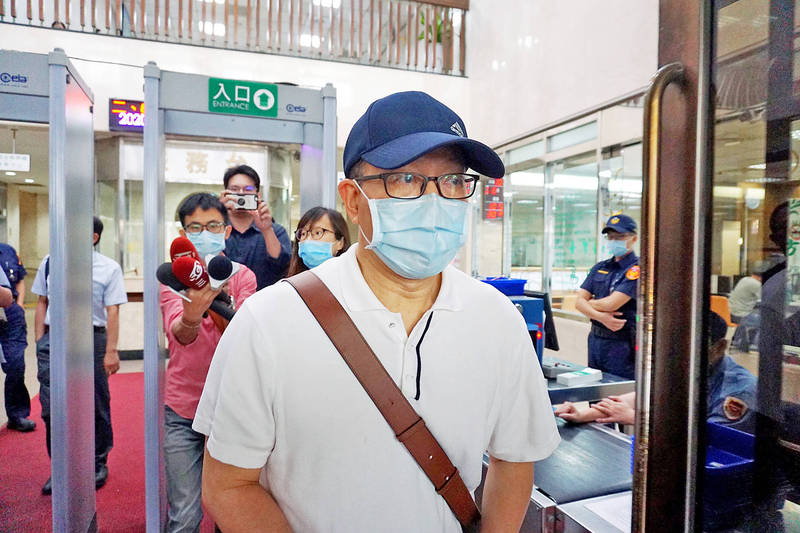 BRIBES FOR VOTES: A probe found that funding for the scheme came from Huang Daonian, director of the Economic Bureau at Changsha City’s Taiwan Affairs Office

With funding from Huang, Lin and the other defendants organized gatherings and banquets to convince Taiwanese in Hunan to support the KMT and Han’s presidential campaign in late 2019, including offering to pay their airfares, the investigation found.

The Changsha City Government and the local TAO allocated 3.5 million yuan （US$551,268 at the current exchange rate） to support subsidies for Taiwanese to return home to vote, with Lin applying for and receiving about 1.49 million yuan, the investigation found.

Huang allegedly told his staff to assist Lin and other Taiwanese businesspeople in applying for funds and obtaining registered lists of Taiwanese living in Hunan, prosecutors said.

In their largest election event, the defendants on Dec. 21, 2019, organized a year-end banquet for Taiwanese at Changsha’s Huatian Hotel, where they instructed attendees to buy tickets to fly home to vote for Han and other KMT candidates on Jan. 11, 2020, and showed them how to obtain 1,500 yuan to pay for the cost of the airfares, the investigation showed.

Documents showed that 467 Taiwanese who attended the event applied for the money, prosecutors said.

Lin and the defendants gave “bribes” in exchange for votes for specific candidates and breached the Presidential and Vice Presidential Election and Recall Act （總統副總統選舉罷免法）, the ruling said.

Association of Taiwan Investment Enterprises in Changsha City deputy chairman Tung Chien-hua （佟建華） and Taipei-based Chinese Women’s Federation chairwoman Ho Jianghua （何建華） were indicted with the others in May last year, but were found not guilty due to insufficient evidence.

After learning of the sentences, Han’s office yesterday said that he was unaware of the events and that his election campaign headquarters did not receive any funds from those involved.