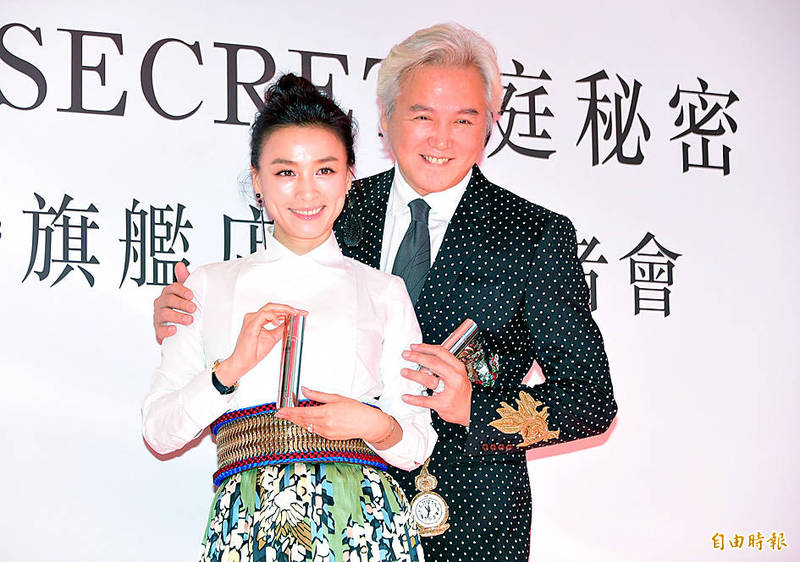 Chang, who uses her TikTok account for marketing products, has been banned from conducting business on the platform due to activity that “violates TikTok’s community guidelines,” the report said, citing a notification from the platform.

The couple is accused of reselling products at prices several times the original value through their company, Shanghai Daerwei Trading Co （上海達爾威貿易有限公司）.

In their most recent posts to Sina Weibo on Wednesday last week, Lin and Chang said that the company only engages in lawful business practices and has paid all due taxes.

They would cooperate with investigations, they said.

At the top of the main page of the actors’ Sina Weibo accounts, there is now a message in Chinese that says: “This account has been restricted from posting due to contraventions of the law.”

The restriction notification on Chang’s TikTok account says that restrictions are to remain in effect until Sunday next week.

“Viya has had both her WeChat and TikTok accounts closed,” the report said, referring to social media influencer Huang Wei （黃薇）, known by the stage name Viya （薇婭）, who was last month fined 1.34 billion yuan for alleged tax evasion.

Viya, who regularly advertises high-priced items online, is known as the “queen of livestreaming” in China.

“Normally when Chinese online celebrities face account restrictions, they will disappear completely from the Internet. In the worst cases, they end up in prison,” CNA quoted a Chinese social media account that comments on China’s entertainment industry as saying.