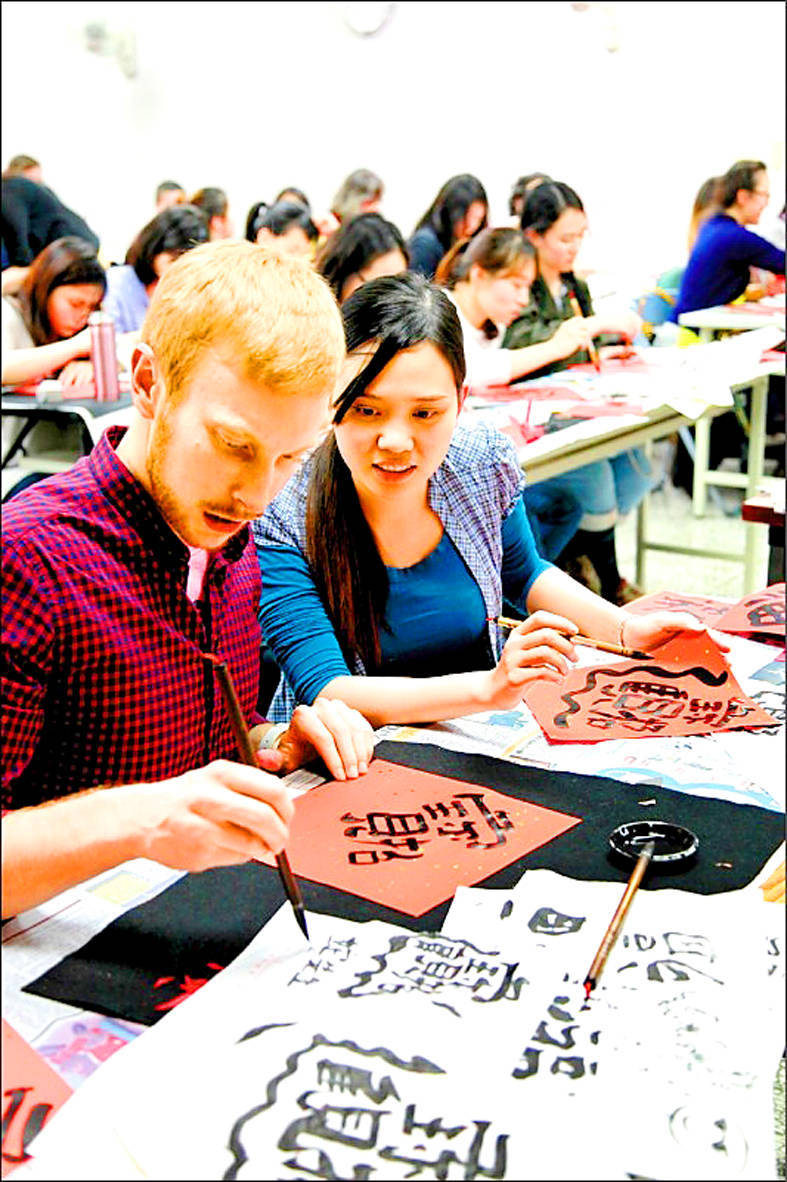 BETTER QUESTIONS: The Ministry of Education said that the test’s steering committee would review the database of questions and improve their quality

The Ministry of Education plans to upgrade the Test of Chinese as a Foreign Language （TOCFL） by reviewing and improving the database of test questions before launching a new version — TOCFL 2.0 — in 2023.

The TOCFL is a proficiency test for non-native speakers of Chinese that categorizes language proficiency into four bands and eight levels, the ministry said yesterday.

The levels were based on those used in the Common European Framework of Reference for Languages and those used by the American Council on the Teaching of Foreign Languages, the ministry said.

The ministry said that from 2013 to last year, it sought to make Chinese-language education a major export of Taiwan.

The National Academy for Educational Research developed the Taiwan Benchmarks for the Chinese Language, which lay out the Chinese characters, words and grammar points to be mastered at each proficiency level, while the ministry developed a portal that integrated the benchmarks with the Corpus of Contemporary Taiwanese Mandarin, it said.

Building on the corpus, the government-funded Steering Committee for the Test of Proficiency-Huayu is to review the existing database of test questions and improve their quality, it said.

The new version would be learner-centered and expand on the first version’s computerized adaptive testing, immediately assessing test takers and offering them questions that pinpoint their abilities, it added.

The ministry said that it would continue to seek official recognition for the test in other countries, lobby for its use as proof of Chinese-language proficiency for new employment, increase the number of overseas TOCFL centers and encourage test takers who achieve a certain level of proficiency to study in Taiwan.

The ministry’s promotion of Chinese-language education partly relies on Taiwanese teachers who teach Chinese in other countries.

Hung I-chiao （洪亦喬）, 31, teaches Chinese at Pennsylvania State University in the US.

In August, Hung — who was working on a doctorate in the Department of Chinese as a Second Language at National Taiwan Normal University, which has a cooperative program with Penn State — volunteered to teach Chinese in the US.

Regular US students and overseas Chinese take Chinese-language classes for at least five hours per week over three semesters, she said.

Many students in the US begin learning Chinese because of movies or comedies, but another strong motivation is career development, as many students have noticed how many Chinese speakers there are around the world, Hung added.

She said that she also promotes the TOCFL, and that many Penn State students have registered for the test this semester.