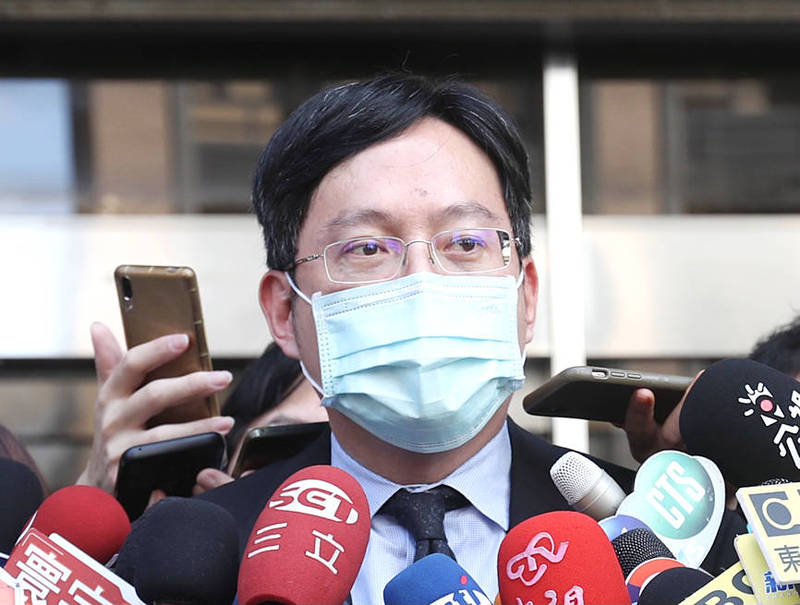 PAST CATCHING UP: Raphael Lin was last year convicted of intimidating his girlfriend at the time, and in 2015 allegedly confined his parents and assaulted his mother

Doctoral student and media commentator Raphael Lin （林秉樞） is in detention and has had his communication rights limited after he was arrested on Wednesday for allegedly subjecting Democratic Progressive Party Legislator Kao Chia-yu （高嘉瑜） to two days of violence in a hotel room, the New Taipei District Court said yesterday.

The New Taipei City Prosecutors’ Office had filed a request to detain Lin — who was Kao’s boyfriend at the time of the incident — with the court approving the request early yesterday.

Police seized electronic devices belonging to Lin and initiated an investigation to assess files containing photographs and videos of three other women.

Prosecutors said that the other women might also be victims and separate charges might be filed against Lin.

Investigators said that a computer security unit is attempting to restore data, as Kao had told them that she had seen explicit videos on Lin’s data storage devices, which were empty when police examined them.

Lin might have deleted the data prior to his arrest, prosecutors said.

Lin has a prior criminal record, police said.

He was convicted last year of intimidating a woman surnamed Hsu （徐）, his girlfriend at the time.

Court documents showed that Lin had threatened Hsu, saying that he would “kill you and your child,” and demanded that she quit her job or he would disseminate explicit photos and videos of her.

Lin was given a 40-day suspended prison term, which could be commuted to a fine.

Court documents from 2015 showed that Lin’s own parents had filed for a protective order against him after he went to their home to demand money.

When they refused, Lin allegedly confined his parents and assaulted his mother, the court documents showed.

After being questioned by prosecutors yesterday, Lin told reporters that the photos and videos were sent to him by the women of their own volition.

Kao’s lawyer, Li Yung-yu （李永裕）, said that none of the videos of Kao were filmed or sent by his client.

Li said that while Lin was being transported to the prosecutors’ office, he told reporters: “Kao, you have won. You must be happy now.”

“Those words sent chills down her spine,” Li said of Kao.

“It came across as an intimidating message, meaning: ‘You had better watch out,’” he said.