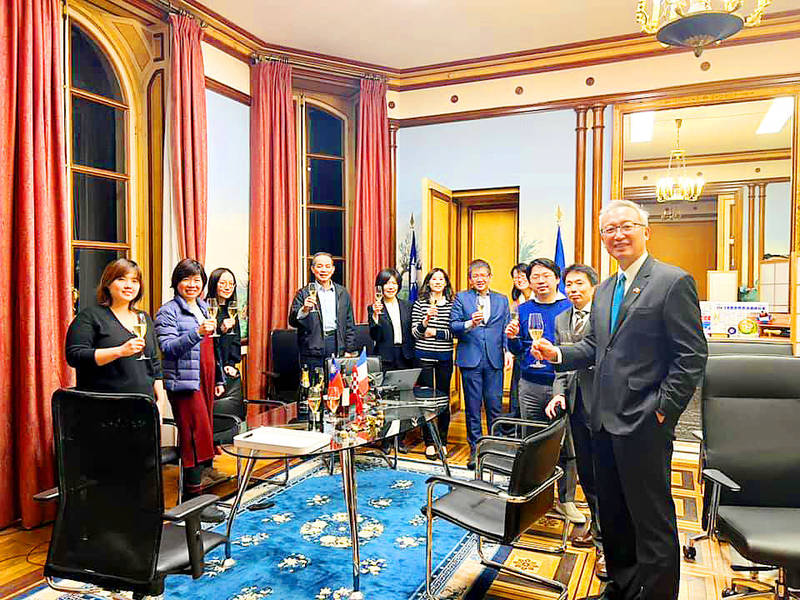 Representative to France Francois Wu, right, and the staff of the Taipei Representative Office in Paris on Monday toast to celebrate the French National Assembly’s adoption of a resolution in support of Taiwan’s international participation. Photo courtesy of Francois Wu

‘HISTORIC’: The passage of the resolution by both chambers of the French parliament shows their concrete support for Taiwan’s global participation, the foreign ministry said

The government yesterday thanked the French National Assembly for adopting a resolution on Monday in support of Taiwan’s international participation, following a similar resolution passed by the French Senate in May.

The Ministry of Foreign Affairs praised the resolution’s passage as “historic” and as demonstrating the concrete support of both chambers of the French parliament for Taiwan’s participation in international affairs.

Taiwan and France have shared a long-standing partnership characterized by a high level of trust, and based on the shared values of democracy, freedom and human rights, the ministry said.

Passed on Monday in a 39-2 vote with three abstentions, the non-legally binding resolution calls on the French government to offer concrete support for Taiwan’s participation in agencies such as the International Civil Aviation Organization, Interpol, the UN Framework Convention on Climate Change and the World Health Assembly.

After the resolution was passed, French Secretary of State for Europe and Foreign Affairs Jean-Baptiste Lemoyne reiterated the French government’s support for Taiwan’s participation in international organizations.

Representative to France Francois Wu （吳志中） told reporters that the adoption of a pro-Taiwan resolution in the French National Assembly is a “major historical breakthrough” for Taiwan-France relations.

Among the 298 resolutions proposed during the past four-and-a-half years in the French National Assembly, only 54 entered the voting stage, of which 37 were passed and adopted, Wu said.

As recently as October, a bipartisan delegation led by French Senator Alain Richard traveled to Taiwan, despite warnings from Beijing, Hsieh said.

This friendship is “no accident,” but an inevitable expression of their shared values of freedom and democracy, she added.

The DPP sincerely thanks the French Senate and government for their recognition and support for Taiwan’s international participation, Hsieh said.

She also extended the party’s thanks to and all of the nation’s diplomats, whose hard work has permitted the friendship between the two countries to reach new heights. 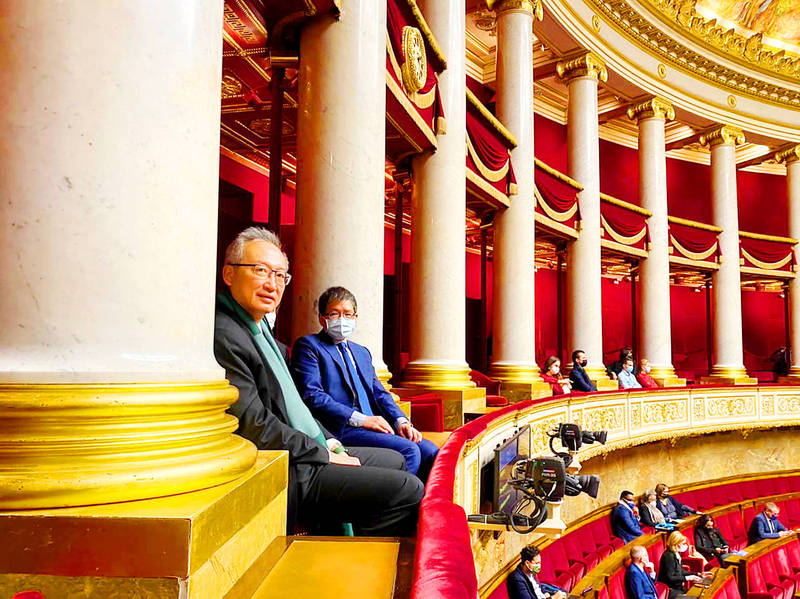