《TAIPEI TIMES》 Military not worn out by Chinese forays: minister 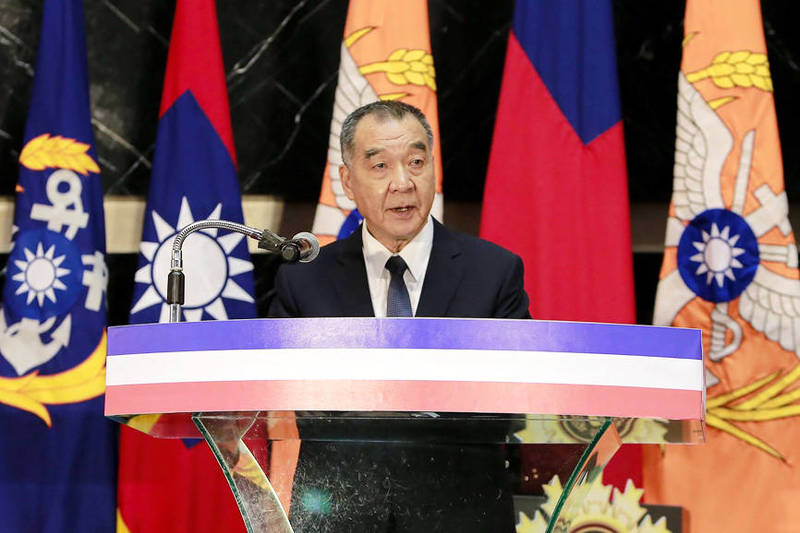 China’s military is attempting to wear out Taiwan’s armed forces with its repeated missions into its air defense identification zone （ADIZ）, but the nation is capable of responding, Minister of National Defense Chiu Kuo-cheng （邱國正） said yesterday after a renewed spike in Chinese air force activity.

“Their intention is to slowly exhaust, to let you know that we have this power,” Chiu told reporters on the sidelines of a briefing for lawmakers, when asked about the latest incursion.

“Our national forces have shown that, while you may have this power, we have countermeasures,” he said.

For more than a year, Taiwan has contended with repeated missions by China’s air force near its ADIZ, which is not territorial air space, but a broader area Taiwan monitors and patrols to give it more time to respond to any threats.

Chiu, who described the situation as “very serious,” said that Taiwan would continue to analyze the types of aircraft China uses in developing its defense plans.

The bombers and six of the fighters flew to the south of Taiwan into the Bashi Channel, which separates the island from the Philippines, then out into the Pacific before heading back to China, according to a map the ministry provided.

Those aircraft were accompanied by the refueling aircraft, suggesting that China refueled the shorter-ranged fighters inflight, a skill the country’s air force is working to hone to enable it to project power further from China’s shores.

Taiwan sent combat aircraft to warn away the Chinese aircraft, while missile systems were deployed to monitor their movements, the ministry said.

China has previously said such missions are designed to protect its sovereignty.