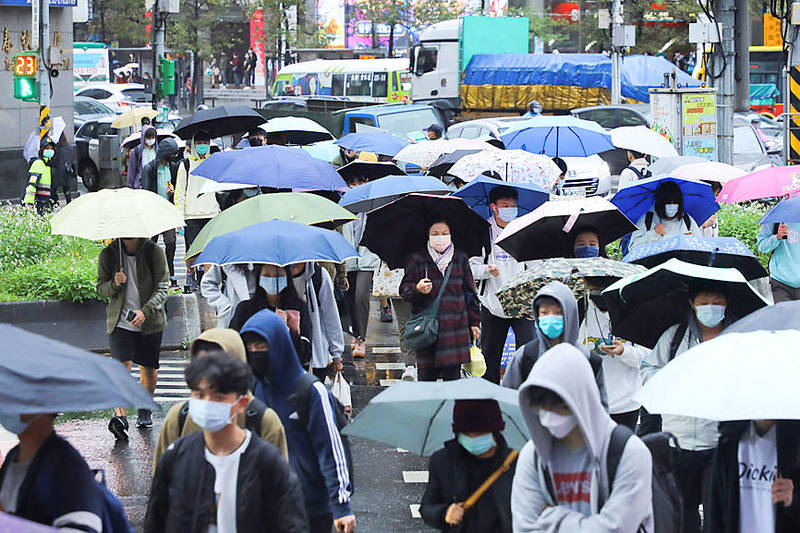 The WHO has warned that the Omicron variant of SARS-CoV-2 might reinfect people who had recovered from COVID-19, the Central Epidemic Command Center （CECC） said yesterday.

The CECC on Friday announced that effective tomorrow, travelers from southern Africa, where the variant was first detected — South Africa, Botswana, Eswatini, Lesotho, Namibia and Zimbabwe — would need to quarantine for 14 days in a centralized facility after arriving in Taiwan.

The move followed similar requirements other countries imposed on travelers from those states.

Centers for Disease Control Deputy Director-General Chuang Jen-hsiang （莊人祥）, who is the CECC’s spokesman, yesterday said that preliminary evidence suggests that the Omicron variant increases the risk of reinfection.

WHO experts are evaluating the transmissibility and severity of the variant, which appears to be spreading fast in southern Africa, as well as the effectiveness of preventive measures, diagnostics, vaccines and therapeutics, he said.

As it would take some time to assess potential effects, the WHO has asked countries to enhance surveillance and sequencing efforts to better understand circulating variants, he said.

The global health body also asked countries to submit genome sequences and associated metadata to public databases, such as GISAID, and report cases involving the new variant through its International Health Regulations mechanism, he said.

It has further urged countries to conduct field investigations and laboratory assessments so that potential effects of the new variant can be better understood, he said.

The information of interest includes epidemiology, severity, effectiveness of public health and social measures, immune responses, and other characteristics, he said.

Minister of Health and Welfare Chen Shih-chung （陳時中）, who heads the CECC, said that to stop the new variant from entering Taiwan, the center would impose centralized quarantines on arrivals from the six countries, as it regards them as key high-risk states.

The adjustments to border control measures would be made in accordance with the global COVID-19 situation, but have no effect on life in Taiwan, he said, adding that there are no plans to tighten measures during the Lunar New Year holiday as long as there are no local Omicron cases.

Drugmakers Pfizer Inc and BioNTech SE have announced that they would update their COVID-19 vaccine with regard to the new variant and produce a new jab within 100 days, Chen said.

If the firms succeed, the CECC would seek to acquire their updated vaccine, Chen said, adding that the process leading to an emergency use authorization would take time.