《TAIPEI TIMES》 Medigen not acceptable for US travel 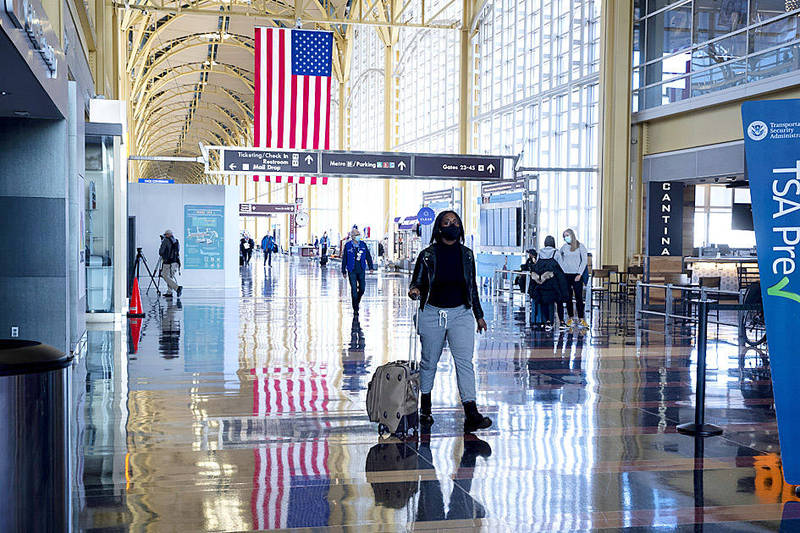 INCONVENIENT: The US’ new air travel policy requires all non-citizen travelers to be fully vaccinated against COVID-19, but the Taiwanese vaccine is not on the list

The US government next month is to require all non-US nationals to be fully vaccinated against COVID-19 before boarding a flight to the nation, but the Taiwanese vaccine manufactured by Medigen Vaccine Biologics Corp （高端疫苗） is not on Washington’s list of acceptable vaccines.

The new international air travel policy, which is to take effect on Nov. 8, requires all non-citizen, non-immigrant air travelers to be fully vaccinated against COVID-19 before flying to the US.

People are considered fully vaccinated two weeks after they receive their second dose in a two-dose series or two weeks after a single-dose vaccine, the White House said.

Vaccines accepted under the travel policy are those approved or authorized by the US Food and Drug Administration （FDA） and vaccines that have been approved for emergency use by the WHO.

They include the vaccines manufactured by Pfizer-BioNTech, Moderna and AstraZeneca, which have been rolled out in Taiwan, as well as those produced by Johnson and Johnson, and China’s Sinovac and Sinopharm.

People who received two doses of different vaccine brands would also be approved for entry, as long as the two doses were administered at least 17 days apart and the two brands are both included on the FDA or WHO lists.

The vaccine developed by Taiwan’s Medigen is not on either list.

As of Monday, 614,535 people in Taiwan, or about 2.6 percent of the population, had received two doses of the Medigen vaccine, while another 138,119 people had received one dose, government data showed.

The vaccine was approved for emergency use by Taiwan’s FDA in mid-July without having conducted phase 3 clinical trials to determine its efficacy.

Instead, it was approved based on immunobridging, which uses the level of neutralizing antibodies generated by the vaccine in smaller numbers of trial participants to infer its efficacy in combating a virus. That process has not yet been accepted by US health authorities as a basis for approving a vaccine.

The new US travel policy is to replace the one established by the previous administration that banned non-US citizens from entering the nation if they were present in any of 33 “red list” nation in the 14 days prior to traveling.

Some travelers are exempt from the new policy, including children younger than 18 years old and certain COVID-19 vaccine trial participants.

Also exempted are those with medical contraindications to vaccines, those who need to travel for emergency or humanitarian reasons, and those who are traveling on non-tourist visas from nations with less than a 10 percent total vaccination rate.

The updated travel guidelines also include new protocols around testing.

In response to media queries on whether the new policy would stop President Tsai Ing-wen （蔡英文） and Vice President William Lai （賴清德） from visiting the US as both received the Medigen vaccine, Central Epidemic Command Center spokesman Chuang Jen-hsiang （莊人祥） said in Taipei yesterday that the Ministry of Foreign Affairs is negotiating with Washington in the hope that US visits by Taiwanese officials who have received the Medigen jab would not be affected.

Medigen in a statement yesterday expressed regret for the inconvenience it has caused people as its vaccine has not obtained certification in the US or at the WHO, adding that it is working hard to gain global certifications.

Meanwhile, the WHO yesteday announced the launch of the cosponsored Solidarity Trial Vaccines with the ministries of health of Colombia, Mali and the Philippines.

Medigen is among the candidate vaccines in the trial, the WHO said in a statement.

"The Solidarity Trial Vaccines aims to accelerate the evaluation of multiple promising candidate COVID-19 vaccines, contributing to the creation of a larger portfolio of vaccines needed to protect people from COVID-19 around the world," the statement said.