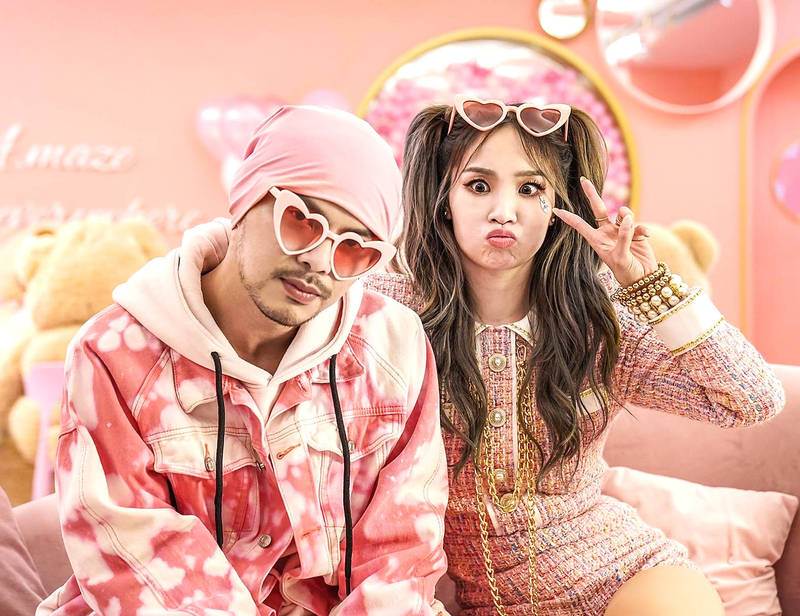 Days after it was banned in China, a Mandarin ballad satirizing nationalistic Chinese Internet users is trending at No. 1 on YouTube in Taiwan and Hong Kong.

After racking up more than 9 million views on YouTube, the song reached No. 3 on the site in Malaysia on Thursday, according to Kworb, a Web site that analyzes music data from around the world.

It is also the only Chinese-language song on Kworb’s list of music videos trending worldwide on YouTube.

The R&B duet, described by Namewee as a “romantic, sweet love song filled with pink,” takes lighthearted aim at young nationalists in China who use the Internet as a battleground for hashing out perceived nationalistic grievances.

The music video for Fragile sees Namewee and Chen, decked out in pink clothes and heart-shaped glasses, pleading with easily offended Chinese social media users: “You’re a bad listener, but you can’t stop talking and retaliating. I wonder how I have offended you. You assume the world is your enemy.”

The song goes on to say: “You claim that I belong to you. Don’t deny and come home. Can’t lose anything, let you win everything. It’s unreasonable. You urge me to explain to the world, our inseparable relationship, and take care of your heart of glass.”

While not explicit, the lyrics are an apparent reference to China’s relationship with Taiwan, as well as Beijing’s territorial claims in the South China Sea.

Namewee said his inspiration came from his experiences interacting with people online when sharing his music, describing it as fascinating how some would obsess over small details and then amplify them endlessly.

A day after the song’s debut, Namewee and Chen’s music was banned on Chinese microblogging site Sina Weibo, and all of their songs were taken down from music streaming sites in China.

In response, Namewee thanked everyone who had liked the song.

“Whatever reason brought you to the song, I’m okay with it. You are the person I’m looking for, whether you feel happy or unhappy after listening to the song,” he said.

Namewee, who is known for his satirical songs that touch on sensitive social and political topics, is an award-winning hip-hop artist who has been nominated three times for best Mandarin male singer at the Golden Melody Awards.

He previously stirred controversy in his home country with music and film productions resulting in arrest after authorities said the works contained racism, tarnishing Malaysia’s image and insulting Islam.