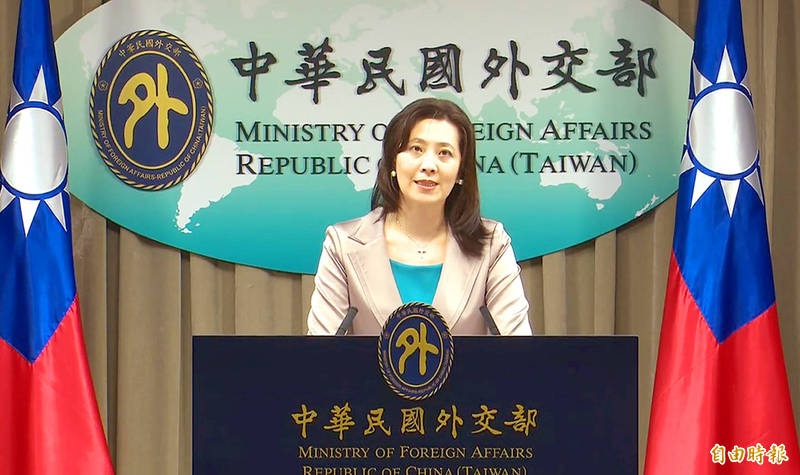 In Slovakia, Wu would give a keynote speech on Tuesday next week at a conference on “Resilience in a post-pandemic world” hosted by the Bratislava-based think tank GLOBSEC, ministry spokeswoman Joanne Ou （歐江安） said.

Wu would then travel to Prague, where he is to receive a medal from Czech Senate President Milos Vystrcil to honor the minister as a special guest of the country, and meet with Prague Mayor Zdenek Hrib.

Wu would also speak at a seminar cohosted by the Czech Academy of Sciences and Prague-based think tank Sinopsis, Ou said.

Although Wu would not attend a conference organized by the Inter-Parliamentary Alliance on China in Rome on Friday next week, “due to a tight schedule and each country’s COVID-19 prevention rules,” he would speak at the conference virtually, Ou said.

Wu’s European trip to two countries with which Taiwan has no official diplomatic relations is rare for a Taiwanese foreign minister, given that the countries usually face strong pressure from Beijing to prevent such trips.

The ministry did not say when Wu is expected to depart or when he would return.

The 66-person delegation departed on Wednesday to visit the Czech Republic, Slovakia and Lithuania, as part of the government’s efforts to boost trade and economic ties with central and east European countries. The visit ends on Saturday next week.

While Wu’s visit would not overlap with the trade delegation’s itinerary, it shares the same goals of expressing the strategic importance of Taiwan, its economic strength and its resolve to defend its democracy, Ou said.

Taiwan plays a critical role in forming a robust democratic supply chain, and in maintaining peace and stability in the Taiwan Strait, she added.