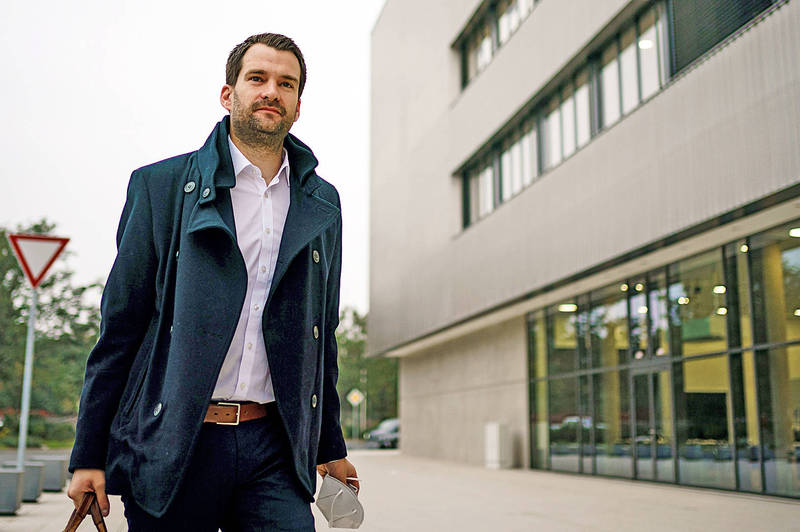 ‘TAIWANESE FUTURE’: An SPD member said Taiwan affairs would be one of Germany’s most difficult issues, including preventing a possible invasion by China

Gudrun Wacker and Alexandra Sakaki from the German Institute for International and Security Affairs on Oct. 8 said in Der Tagesspiegel that Germany should increase exchanges with Taiwan.

China has been putting pressure on Taiwan with military maneuvers in Taiwan’s vicinity, cyberattacks, disinformation and economic sanctions, they wrote in the newspaper, adding that Germany should respond.

Although the two are not diplomatic allies, Germany should “foster relations with Taiwan, as it is a partner who shares democratic values,” Wacker and Sakaki wrote.

Many Western countries have voiced support for Taiwan in the wake of rising cross-Taiwan Strait tensions, and Germany should follow suit, including by publicly supporting Taiwan’s participation in international groups, they wrote.

Nils Schmid, whose Social Democratic Party （SPD） last month won Germany’s national election, on Wednesday last week told an online seminar that the “status quo” of Taiwan-China relations should not be changed unilaterally by Beijing through military coercion, while Taiwanese should determine their future on their own.

Berlin should support Taiwan’s inclusion in the World Health Assembly while maintaining close academic, economic and political ties with it, Schmid said.

The SPD is in talks with two smaller parties — Alliance 90/The Greens and the Free Democratic Party （FDP） — to form a coalition to head Germany’s next government.

Johannes Vogel, a FDP member of the German federal parliament, said at the same seminar that Taiwan affairs would be one of the most difficult issues Germany will have to deal with.