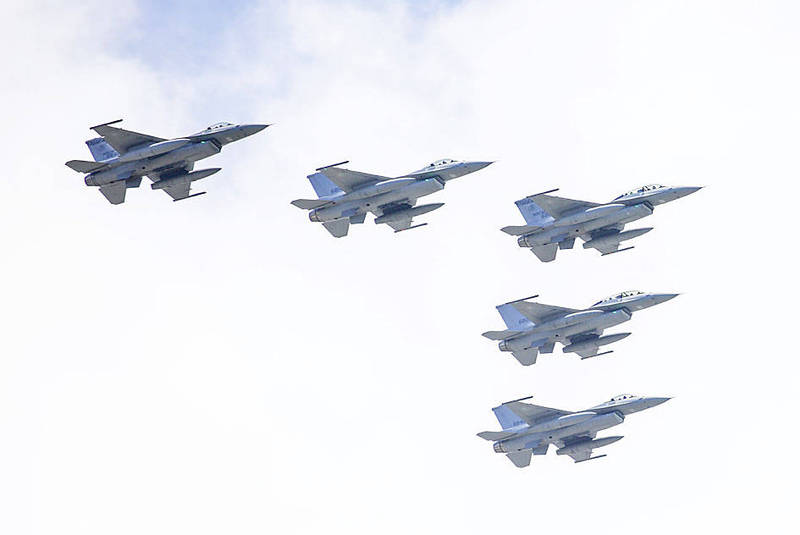 CHINA WORRIES: A source said the AIT held a meeting at which Taiwan lawmakers and US officials discussed expediting shipments of arms that were paid for

Taiwanese officials have reportedly reached out to the US to discuss the possibility of expediting the delivery of F-16 jets to Taiwan, CNN said on Friday.

While the “Pentagon’s Indo-Pacific Command has watched with increasing concern as China has rapidly modernized its military and improved its training with an eye to Taiwan,” the US Department of State is wary of taking a more aggressive stance against China, a CNN report said.

US President Joe Biden’s “administration has discussed with Taiwanese officials the possibility of expediting the delivery of American-made F-16s to Taiwan, according to Taiwanese and US officials familiar with the talks,” the report said.

“The sale of the 22 fighter jets was approved in 2019, but Taiwan hopes to speed up the actual delivery time — which normally can take up to 10 years — particularly in light of the recent Chinese provocations,” it said.

By comparison, the PLA deployed 380 military aircraft near Taiwan over the whole of last year.

In the meeting, US officials said that legislators’ suggestion about expediting the delivery of arms that had already been purchased could be looked into, the source said, speaking on condition of anonymity.

Early delivery of arms that had already been bought would antagonize Beijing less and would not escalate tension in the region, the source said, adding that such a move would convey the US’ concern regarding Beijing’s threatening attitude toward Taiwan.

It would send a clear signal to Beijing while keeping things under control, they added.