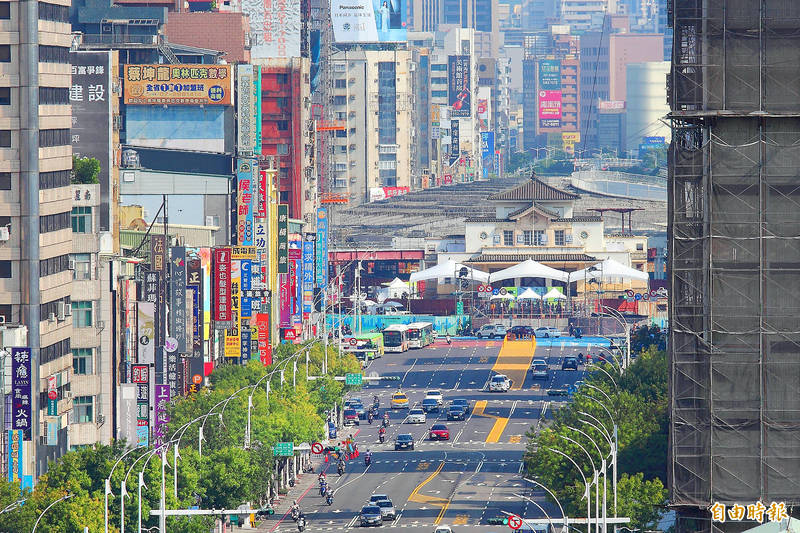 A conserved part of the old Kaohsiung Station was installed on Sunday as part of an ongoing project to redevelop the area close to its original location.

The entrance and lobby of the old station, built in 1941, was in 2002 preserved and moved to a location 82.6m from its original site.

The relocation of the old railway structure back to a location close to its original site was completed on Sunday. It is to serve as a gateway linking the old and new Kaohsiung railway stations.

President Tsai Ing-wen （蔡英文）, who on Sunday witnessed the historic moment, said the government is planning to transform the city, a heavy industry hub, by bringing in competitive sectors, such as 5G technology and artificial intelligence Internet of things.

The operator of Kaohsiung’s “Asia’s New Bay Area” project has signed agreements or letters of intent with major companies to set up operations in the area along the coast and inside the Port of Kaohsiung, she said, without providing more details.

Construction of the new station began in October 2006 and is scheduled to be completed in 2025, the Railway Bureau said.

Dutch firm Mecanoo, which built the National Kaohsiung Center for the Arts that opened in 2018, was selected to design the new Kaohsiung Station, which would bring together under one roof the underground railway station, the MRT Kaohsiung Main Station and a bus terminal, the design on its Web site shows.

The whole project is scheduled to be completed in 2025, it shows.