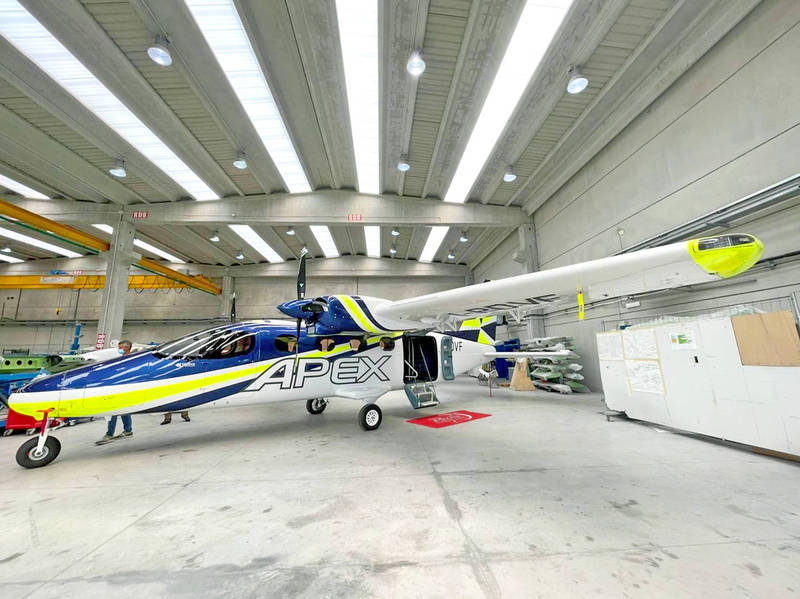 A Taiwan-based flight academy has purchased two commuter aircraft from Europe with the aim of providing air tours over scenic mountain and ocean vistas over eastern Taiwan, the company founder told the Central News Agency yesterday.

The company has applied to the Civil Aeronautics Administration （CAA） to carry passengers on flight tours.

The aircraft are expected to receive airworthiness certificates from the CAA next month or in November, paving the way to officially launch tour packages before the end of this year, Kao said.

Similar air tours in eastern Taiwan have previously only been offered by light-sport aircraft, he added.

After studying their proposal, Apex decided to expand its business to include commercial air tours. Kao said that he believes it could become a popular option with domestic and international travelers for experiencing Taiwan’s unique beauty.

The company is planning to offer guided tours, for a maximum of nine passengers, covering mountain ranges and the Hualien and Taitung coasts for 30 to 60 minutes per flight, Kao said.

Apex is to make public more details of the air tour packages and costs after the airplanes receive certification from CAA, he added.