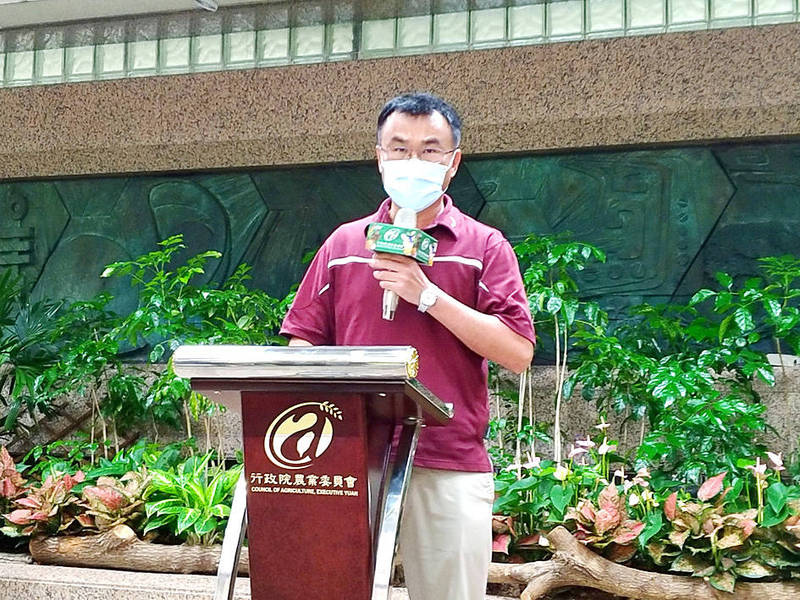 FRUIT SPAT: The COA said China had not given evidence for halting wax and custard apple imports, adding that it would spend NT$1bn on promoting sales of the fruit

Taipei threatened to take China to the WTO yesterday after Beijing said it would suspend wax apple and custard apple imports from Taiwan due to pest concerns.

It asked its Guangdong branch and all affiliated offices to stop clearing the products from today.

China had acted unilaterally, without providing scientific evidence, Council of Agriculture （COA） Minister Chen Chi-chung （陳吉仲） told a news conference, criticizing the announcement’s timing, as it came during the Mid-Autumn Festival, celebrated in Taiwan and China.

“We cannot accept this,” Chen said, adding that his office had only received notice of China’s decision at 9am yesterday.

Taiwan has told China that it would take the matter to the WTO if Beijing does not respond to Taipei’s request to resolve the issue under their existing bilateral framework before Thursday next week, he added.

The council would earmark NT$1 billion （US$36.05 million） to help promote domestic sales of wax and custard apples, and expand their sales to other overseas markets, Chen said.

Other measures would include extending the harvest time for the fruits, which usually begins in December, to enable farmers to sell them for a longer period, he added.

The mealybug in question is present in many Asian countries, Chen said, adding that as they are usually found on the surface of fruits, a common practice by the importing country is to fumigate the fruit with methyl bromide, so the shipments can clear customs.

During the first half of this year, China notified Taiwan about mealybugs found in 13 shipments of custard apples and six shipments of wax apples, but did not provide any scientific proof, Chen said, adding that there had been no reports of mealybugs in July and last month.

President Tsai Ing-wen （蔡英文） condemned the move on Facebook last night, saying that the government would assist and protect farmers in the face of the “unreasonable market interference.”

The move should cast doubt over China’s application last week to join the Comprehensive and Progressive Agreement for Trans-Pacific Partnership, Minister of Foreign Affairs Joseph Wu （吳釗燮） wrote on Twitter.

According to the COA, Taiwan produces 57,000 tonnes of custard apples and about 47,000 tonnes of wax apples each year. They are grown mainly in Kaohsiung, and Taitung and Pingtung counties.

About 90 percent of the exports of the two fruits are shipped to China, accounting for 23 percent of Taiwan’s total production of custard apples and 10 percent of its wax apples, COA data showed.

Taitung County Council Speaker Rao Ching-ling （饒慶鈴） urged farmers not to panic, adding that the county government would continue assisting them in exterminating pests, as well as working with the central government to promote their products in other countries.

Pingtung County Commissioner Pan Men-an （潘孟安） said that while his county is the nation’s biggest wax apple producer, China’s ban would have a limited effect, as its wax apple exports to China on average make up less than 10 percent of its total wax apple production.

Yesterday was the second time this year that China has halted fruit imports from Taiwan.

Taiwan accused Beijing of playing politics and the COA spent NT$1 billion to promote pineapple sales at home and abroad.

COA data last month showed that pineapple growers have subsequently fared better, with shipments to Japan surging more than eight times to 16,556 tonnes in the four months through June from a year earlier.