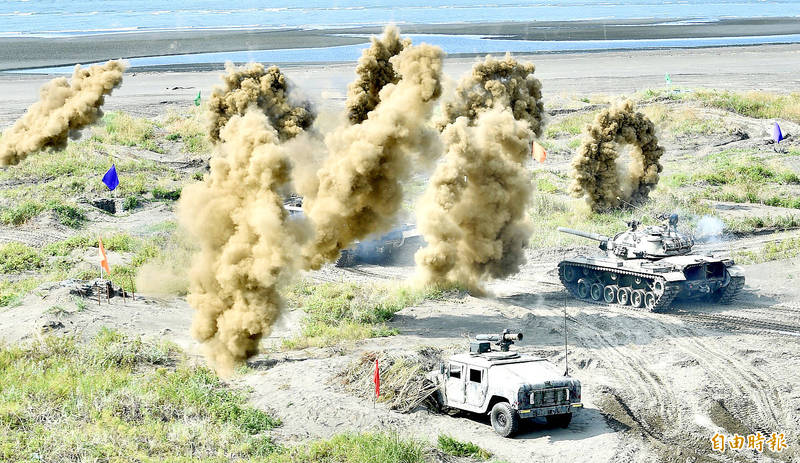 SELF-RELIANCE: Much of the extra defense spending would be used to produce military equipment locally, but the US would likely still provide parts and technology

By Lee Hsin-fang and Jake Chung / Staff reporter, with staff writer and Reuters

The government yesterday proposed extra defense spending of NT$240 billion （US$8.66 billion） over the next five years, including on new missiles, as it warned of an urgent need to upgrade weapons in the face of “severe threats” from China.

President Tsai Ing-wen （蔡英文） has made modernizing the armed forces and increasing defense spending a priority, especially as Beijing ramps up military and diplomatic pressure against the nation.

The money, which comes on top of planned military spending of NT$471.7 billion for next year, would need to be approved by the Legislative Yuan, where Tsai’s ruling Democratic Progressive Party has a large majority, meaning its passage should be smooth.

“The Chinese communists have continued to invest heavily in national defense budgets, its military strength has grown rapidly, and it has frequently dispatched aircraft and ships to invade and harass our seas and airspace,” the Ministry of National Defense said in a statement after a weekly Cabinet meeting.

“In the face of severe threats from the enemy, the nation’s military is engaged in military building and preparation work, and it is urgent to obtain mature and rapid mass production weapons and equipment in a short period of time,” it added.

Deputy Minister of National Defense Wang Shin-lung （王信龍） said the new weapons would be made domestically, as the nation boosts its production prowess, although the US would probably remain an important parts and technology provider.

Taiwan has been keen to demonstrate that it can defend itself, especially amid questions about whether the US would come to its aid if China attacked.

Premier Su Tseng-chang （蘇貞昌） said during the Cabinet meeting that there was great need to augment the military’s combat capabilities, especially for the naval and air force branches.

The weapons it aims to buy include cruise missiles and warships, the ministry said.

Eight categories of missiles are to be built domestically as part of the budget, Wang said.

The special budget also calls for the installation of combat systems on Coast Guard Administration ships and continuing the Indigenous Shipbuilding Program, he added.

All items are considered critical if the military is to rapidly build up its combat capabilities, Wang said.

The ministry would provide more details on each item during a budget review, he added.

The announcement came as Taiwan is in the middle of its annual Han Kuang military exercises, which began on Monday and are to end today.

The army yesterday simulated fending off an invasion, firing artillery from a beach on the southern coast.

The exercises, Taiwan’s major war games, have been held annually since 1984, in the form of live-fire drills and computerized war games, to test the military’s combat readiness in the face of a possible Chinese invasion. 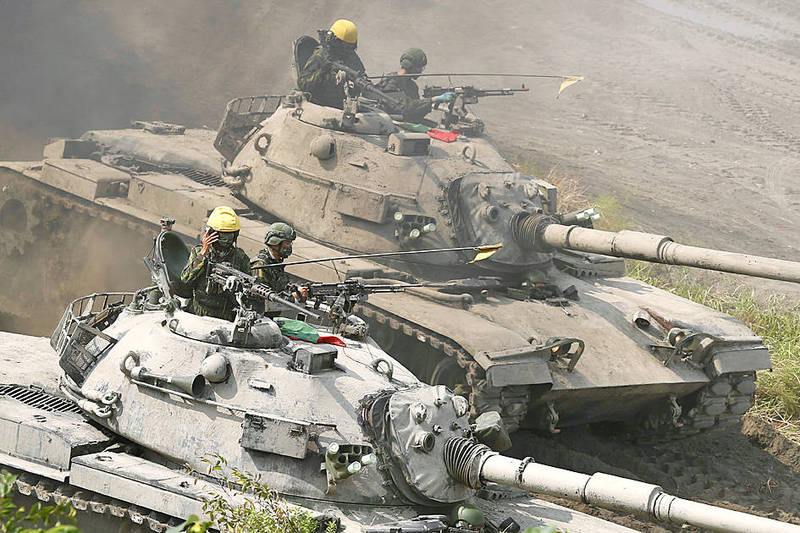