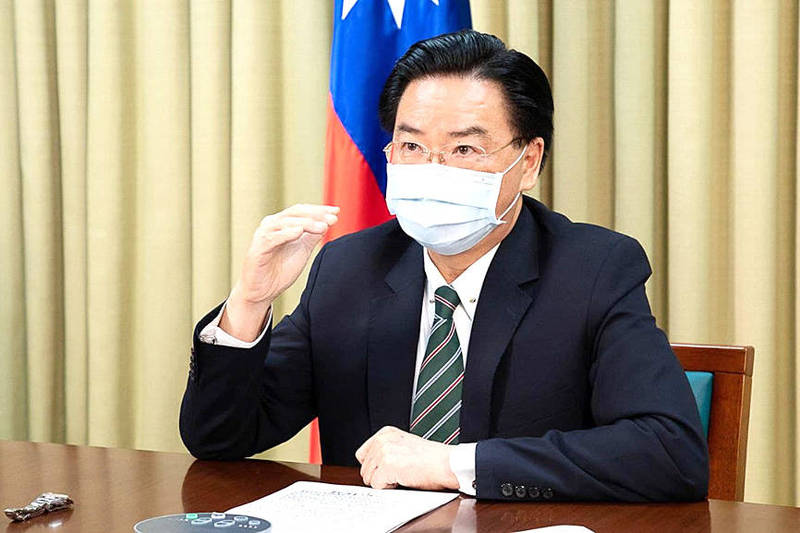 ‘TAIWAN IS TAIWAN’: China demonstrates its barbaric nature when it forces other nations to accept its fictional ‘one China’ principle, the Ministry of Foreign Affairs said

The Arab Times features diversified perspectives and is influential among the decisionmaking elite in Arab nations, the ministry said in a statement on Monday that touted the interview.

Wu was interviewed by Abdulaziz Mohammed al-Anjeri, cofounder and chief executive of Kuwaiti think tank Reconnaissance Research via videoconference on Wednesday last week, with the article published on Sunday, it said.

In the interview, Wu talked about the threat China poses to the Indo-Pacific region, the progress of Taiwan-US relations, as well as opportunities for Taiwan to expand ties with Middle East nations, the ministry said.

However, the newspaper was found to have deleted the interview yesterday and published a statement from the Chinese embassy in Kuwait.

“There is only one China in the world and Taiwan is an inalienable part of China’s territory. This is a basic fact universally recognized by the international community,” the embassy’s statement said.

The embassy demanded that Kuwaiti media “stay alert to attempts of the ‘Taiwan independence’ forces and refuse to do anything that hurts the feelings of 1.4 billion Chinese people or the friendship between China and Kuwait.”

It is extremely regrettable that the Arab Times decided to delete the interview, ministry spokeswoman Joanne Ou （歐江安） said yesterday.

The ministry condemns the Chinese government for its meddling with another nation’s freedom of the press and its attempts to silence Taiwan, she said.

The Chinese Communist Party regime demonstrates its barbaric nature when it attempts to force other sovereign nations into accepting its unilateral positions based on its fictional “one China” principle, she added.

Taiwan is Taiwan, and it has never been under the jurisdiction of the Chinese government, Ou said.

The Taiwanese government and its people would continue to defend democracy, the rule of law, freedom of the press and free speech, she said, calling on the international community to resist China’s bullying with courage and determination. 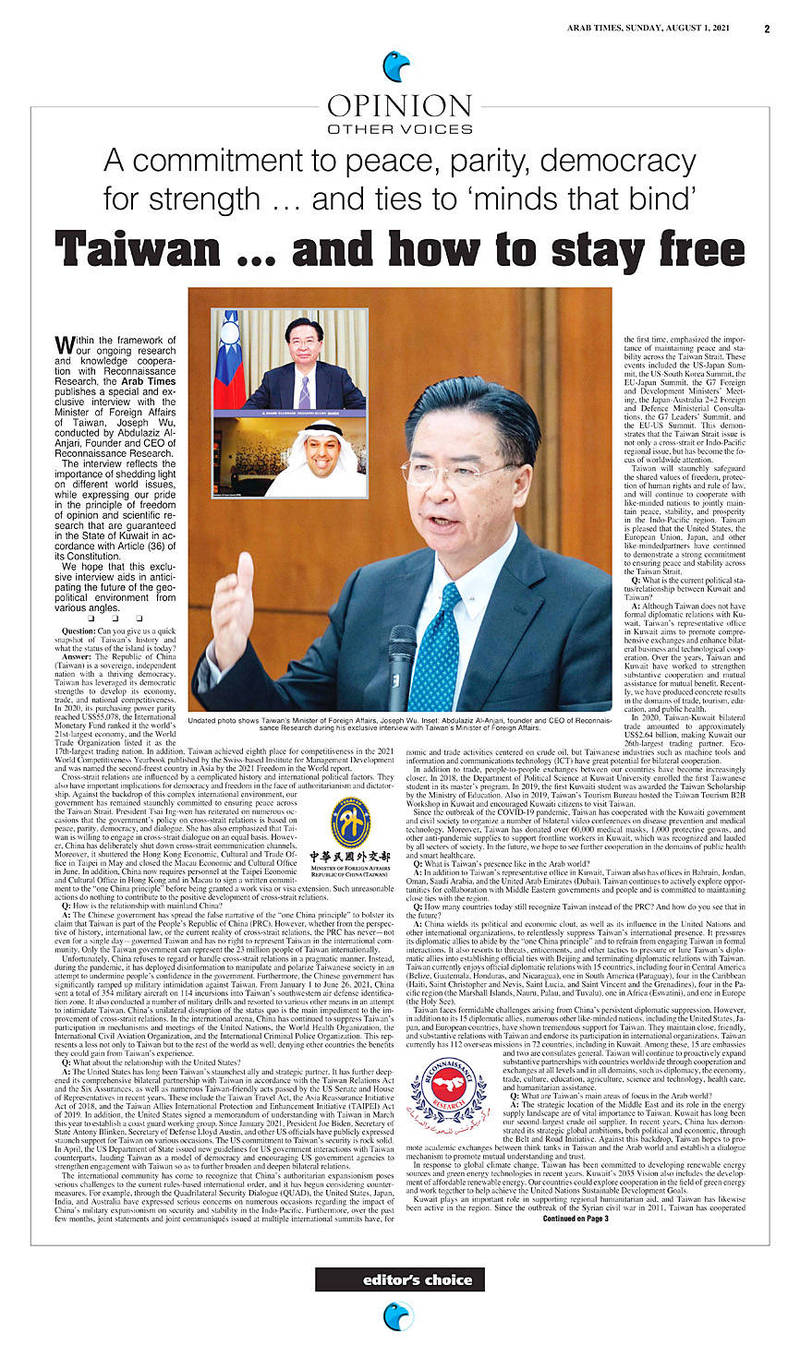