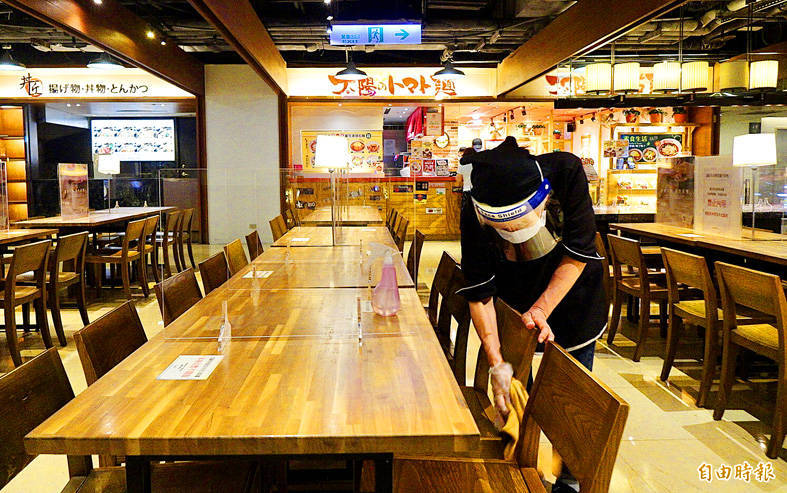 The Yilan County Government later yesterday also announced it would lift the ban from today.

However, Hou said that New Taipei City could reimpose the dine-in ban if the Delta variant of SARS-CoV-2 spreads or there is a surge in domestic cases, adding that people should wear masks in public places.

If a restaurant has workers or customers who contract the virus, it would be ordered to suspend operations for three days and would not be permitted to accept dine-in customers for 11 days after it resumes operations, Taipei Mayor Ko Wen-je （柯文哲） said.

Should dine-in customers wish to share their meals, service personnel should divide each dish into small portions before serving it to customers, they said.

If restaurants want to accommodate more customers, they must implement measures to separate customers, and ensure that they enter and exit separately, the Taipei City Government said, adding they must also seek approval from the Taipei Department of Health.

Dining areas should be adequately ventilated, with tables being at least 1.5m apart, and food service providers must monitor their health daily, it added.

Dine-in customers at night markets must not share food or eat at the counter, the New Taipei City Government said, adding that customers are banned from eating while walking or they would be fined NT$3,000 to NT$15,000.