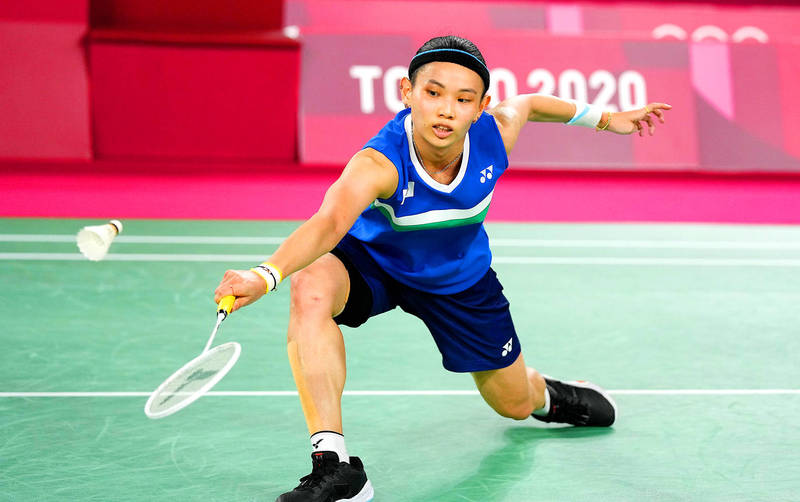 “I have done my best, I have no regrets,” Lee said.

The 25-year-old gymnast said his silver medal win in Tokyo has helped him to finally move past his performance in the 2016 Rio Games, when he fell from the pommel horse.

That mishap had cast a shadow over him ever since, he said, adding that he was grateful for the constant encouragement and confidence of his coach, teammates and support staff.

Max Whitlock of the UK, the gold medalist in the event at the 2016 Rio Games, defended his title, scoring 15.583 points.

On Monday last week, Taiwan’s men’s gymnastic team failed to advance from its 10th place among the 12 teams in the competition.

As of yesterday, Taiwan had won 10 medals — two gold, four silver and four bronze — at the Tokyo Games, its highest number ever.