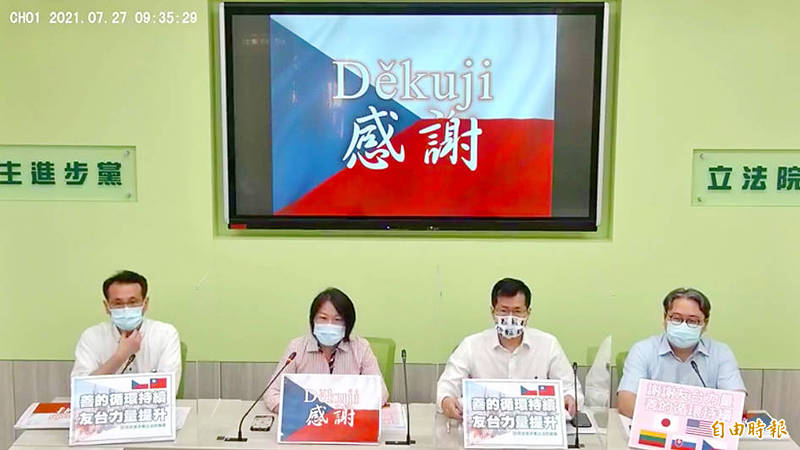 Except for Taipei and New Taipei City, the COVID-19 situation in cities and counties has dropped to a medium-to-low risk level, the Central Epidemic Command Center （CECC） said yesterday, as it reported 16 locally transmitted COVID-19 infections and one death.

The local cases, 11 men and five women, are aged between 30 and 70, and seven of them tested positive during isolation or upon ending it, Minister of Health and Welfare Chen Shih-chung （陳時中）, who heads the center, told a daily media briefing.

The infection sources of 11 cases have been identified, four remain unclear and one is under investigation, he said.

Taoyuan had the most cases, with six, followed by Taipei with five, New Taipei City with four and Hsinchu County with one, he said.

“Recent case reports have been limited to a few cities and counties, and their sources of infection are mostly clear, so the COVID-19 situation is under control,” he said.

As of Monday, vaccination coverage in Taiwan reached 28.74 percent, he said.

The CECC also reported one imported case — a teenager who returned from the US — and one death — a man in his 70s with underlying health conditions who was diagnosed with COVID-19 on May 31 and died on Saturday.

Deputy Minister of the Interior Chen Tsung-yen （陳宗彥）, the CECC’s deputy head, said he had met with local governments earlier yesterday and reported that the local COVID-19 situation was steadily slowing, with the effective reproductive （Rt） number — the average number of cases caused by an infected person — remaining low.

As the nationwide COVID-19 alert has been lowered to level 2, the center reminded local governments to thoroughly implement the remaining restrictions and closely monitor the effects, he said.

Local governments should ensure they have sufficient medical capacity to respond to possible outbreaks of new SARS-CoV-2 variants, he added.

“There are also sporadic cases and clusters with unclear infection sources, indicating existing hidden chains of transmission in local communities,” he added.

The center has asked the two city governments to continue monitoring the effects of increasing crowd capacity and social activities on the local COVID-19 situation, as well as implementing disease prevention measures and contact tracing.

Other than Taipei and New Taipei City, the COVID-19 situation has dropped to a medium-to-low risk level in other cities and counties, he said.

As of Monday, the nation had 96,750 doses of remdesivir to treat 16,125 patients and enough stock of monoclonal antibody medicines to treat 4,819 patients, CECC data showed.

Asked about people gathering to watch the Tokyo Olympics, Chen Shih-chung said that watching the nation’s athletes compete is like a “shot in the arm” during the pandemic, providing encouragement and positivity, but he suggested that people watch the Games at home and just call their friends if they want to share their thoughts.