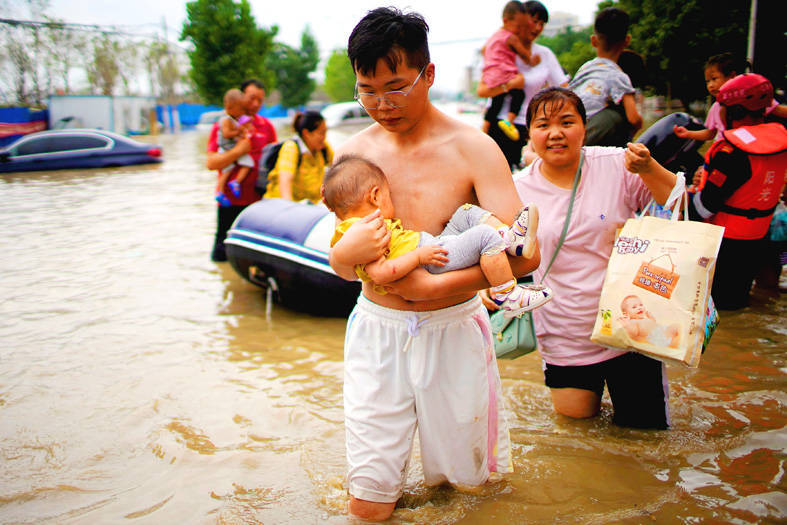 Foreign journalists reporting on the aftermath of China’s flooding disaster have faced hostile confrontations in the street and been subjected to “vicious campaigns,” amid increasing nationalistic sensitivity to any negative portrayals of China.

Los Angeles Times reporter Alice Su and German outlet Deutsche Welle’s correspondent Mathias Boelinger on Saturday were confronted by an angry crowd in Zhengzhou, who filmed and questioned them, and accused them of “rumor mongering” and slandering China.

Other journalists have also been targeted, with a specific focus on the BBC.

The two were on the ground in Zhengzhou, covering the aftermath of last week’s deadly floods, after almost a year’s worth of rain dropped around the city in three days, overwhelming streets and subway tunnels. The rains then moved north, further devastating major cities and rural areas.

Su said they were in an area where underground markets had flooded, and many shopkeepers had lost their assets and were “distressed about insufficient government help.”

“There were many other ppl in Zhengzhou and the surrounding worse-hit areas who were open and even eager to talk about the destruction and difficulties they’re facing,” Su wrote on Twitter.

“But this crowd seemed really angry and eager just to tell the foreigners off,” Su wrote.

Describing the incident on Twitter, Boelinger said he was pushed and yelled at for “smearing China,” and that it became apparent the crowd believed he was the BBC correspondent Robin Brant.

“What I did not know at the time was that a manhunt was on after [Brant],” Beolinger said. “There is a vicious campaign against the BBC News in nationalistic circles and state media.”

Stephen McDonell, another BBC correspondent in China, wrote on Twitter there was a “clearly orchestrated campaign of harassment,” with a focus on the BBC, which included threats of violence and family-targeted abuse sent to the private phones of those working in the foreign media.

“You have to ask why organs of the [Chinese] Communist party are doing this given that the reporting I’ve seen would appear to engender sympathy for the people of Henan,” he said.

A hashtag related to Saturday’s incident had been viewed more than 27 million times on Weibo, much of it critical, and some highly abusive and threatening, including personal information of the journalists.

Some commenters called for journalists including Boelinger and Su to be deported, while the Communist Youth League called for people to follow Brant and report his location.

Su wrote on Twitter that some people in the Zhengzhou crowd had sought to de-escalate the situation, and at least one man apologized, but “it was not a pleasant experience.”

Other reporters replied, saying they had experienced similar situations while reporting on the floods, and posts on Sina Weibo also targeted reporters from al Jazeera and CNN. Commenters also identified and criticized the woman trying to de-escalate things as a local journalist.